Earlier this month, Top Chef Colorado contestant and fan favorite winner Fatima Ali wrote an essay for Bon Appétit titled, “I’m a Chef With Terminal Cancer. This Is What I’m Doing with the Time I Have Left.”

The headline says it all: After being diagnosed with Ewing’s sarcoma last fall, she was declared cancer-free earlier this year. But cancer has returned.

In her essay, Fatima writes:

“The cancer cells my doctors believed had vanished are back with a vengeance in my left hip and femur bone. My oncologist has told me that I have a year to live, with or without the new chemotherapy regimen. I was looking forward to being 30, flirty, and thriving. Guess I have to step it up on the flirting. I have no time to lose.”

Also in the essay, she wrote:

“…They think I’m brave, but really, I’m not. I’m scared. I suspect I won’t last very long. There’s a faint feeling deep inside my gut like a rumble of passing air, ever expanding and filling slowly until, one day, I’ll pop.

Until then, every day is an opportunity for me to experience something new. I used to dream of owning my own restaurant. Now I have an ever growing list of the ones I need to visit.”

A fundraiser to help Fatima live her life fully 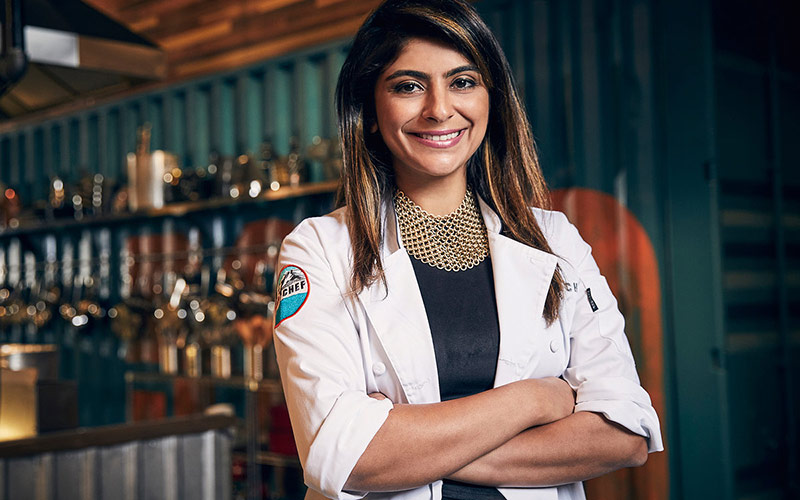 “Her talent, smile, energy, and amazing personality are all reasons that she became our fan favorite,” Adrienne wrote, and explained the reason for the fundraiser like this:

“Let’s join together in helping Fati experience all that life has to offer this year. She has so bravely and courageously shared so much of herself with us, inspiring so many to keep fighting and reminding us to appreciate life. Let’s help her get the most out of the life she has been given!”

The page says that “Fati will receive 100% of money raised, any money she does not use will be donated to the Sarcoma Foundation of America to help find a cure for this rare cancer.”