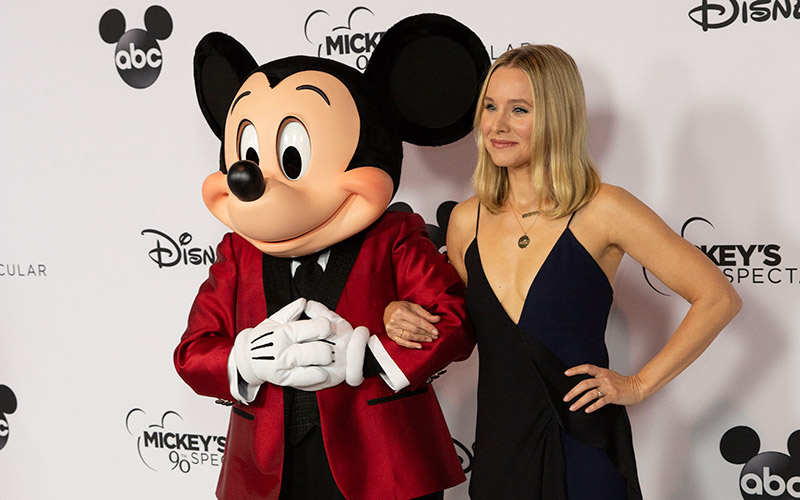 Late last year, ABC aired a one-hour unscripted special that was confusingly promoted but instantly compelling: Encore! followed a group of high school friends reunited for a week to stage the same musical they’d produced as kids—this time with the help of Broadway talent.

When I tweeted that the show had a strong format and I’d love to see it as a full series, Kristen Bell responded, “From your mouth to the God’s at @ABCNetwork’s ears Andy! We want to make more!”

Now, they are: Encore! is returning as a full series—which is wonderful, welcome news. (Read my review of the first episode.)

Production isn’t scheduled to begin until next spring, however, and the new show won’t air on ABC.

Instead, it’s being produced for ABC’s parent company, Disney, and specifically for Disney’s new subscription streaming service, which is expected to launch in late 2019.

That service will host everything from an original live action Star Wars series to Marvel films.

Disney has announced one other unscripted series for the service: Ink & Paint, a documentary series that profiles women who contributed significantly to Disney’s animated movies but didn’t get any public recognition.

Executive producer Kristen Bell served as both host for the show and mentor to the cast for the special, and hopefully she’ll reprise that role in the full series. (She also stars in The Good Place, which for me is currently television’s best comedy.)

Encore is currently casting people who performed musicals in high school during the 1970s through the 2000s. A casting e-mail message says:

“Do you miss that performance rush? Wish you could relive your glory days? Now you can!

Reunite with old castmates to perform your high school musical one more time!”

Producers “require one full week commitment for filming sometime between March 25-August 9, 2019,” according to the casting web site, which says “Filming will take place in your hometown.”

The application can apparently be completed by one person, but asks for information such as “the names of the classmates that you remember performing with in your high school musical(s)” and “the name of your high school drama teacher.”

Encore!’s application begins with this:

Reunite with your old castmates to perform your high school musical one more time!

If you loved performing in high school and want to do it again, complete the form below!