Posen has been a permanent judge since season 11, when he effectively replaced Michael Kors. Season 16 was his final season on the show.

“Working alongside Heidi, Nina and Tim as a judge for six seasons of Project Runway was one of the greatest experiences of my career. I will cherish the opportunity the show gave me to learn from and grow with my co-judges, the producers, crew and designers. Runway has led to incredible opportunities and I am currently at work on some new projects that I am very excited to share with you soon, Stay tuned! I wish the show and everyone much success always.”

Project Runway’s other regular judge, Nina Garcia, has not announced her plans.

What will happen with Project Runway now? 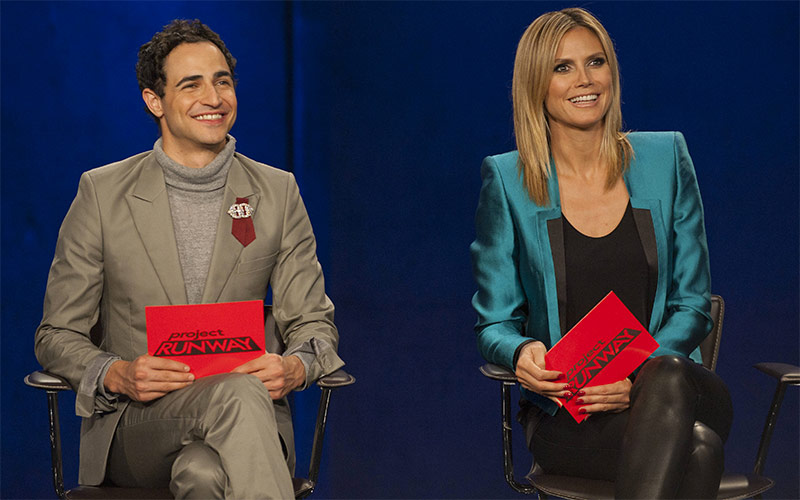 Bravo, however, said it is moving forward with Project Runway season 17, which will have a new host and mentor.

This news means it will also need at least one new judge.

One writer, Kevin O’Keeffe, suggested on Twitter that Nina should stay on as a judge and be re-joined by Michael Kors, and then:

“Andy [Cohen] calls up Watch What Happens Live regular Naomi Campbell to fill Heidi’s spot in a power play. Christian Siriano comes on as the mentor, bringing the kind-hearted but smart expertise he brought to the Project Runway Junior judging panel, and also giving a full-circle moment.

it’s still not the iconic Getting the Gang Back Together moment, but it salvages a lot of what was great while still pushing the ball forward, and (rather vitally) adds a prominent black voice to a judging panel that has always struggled with recognizing black design talent.”

Another writer, Laurence Barber, suggested the best “action plan is just to have Nina Garcia do everything. Nina Garcia as host, mentor, the lone judge, and every contestant.”