Skip to Content
John Legend will join The Voice season 16 as a coach. (Photo by Trae Patton/NBC)

The Voice announced this week that John Legend, who is now the 13th person with an EGOT after winning an Emmy for NBC’s live version of Jesus Christ Superstar, will join the show next year.

Meanwhile, this fall’s season will add its own version of Survivor‘s Redemption Island, with Grammy-nominated country singer Kelsea Ballerini coaching and judging a competition between six people rejected by the show’s coaches.

John Legend will be a coach on The Voice season 16 in the spring, replacing Jennifer Hudson. Season 15’s coaches are Jennifer Hudson, Kelly Clarkson, Adam Levine, and Blake Shelton, and it premieres a week from Monday, on Sept. 24.

Legend has appeared on The Voice before, which he referenced in his press release quote:

“I’m thrilled to join the coaches of The Voice. I’ve been a guest and mentor on the show multiple times and I’m so excited to discover talented singers and help them make the most of their gift. I hope the world is ready for #TeamJL.”

NBC executive Paul Telegdy said “John Legend is a one-of-a-kind musician and producer with remarkable skills that are beyond measure. His multi-dimensional career and incredible talents provide a repertoire that will excite and inspire our artists. This coaching panel is sure to ignite season 16.” 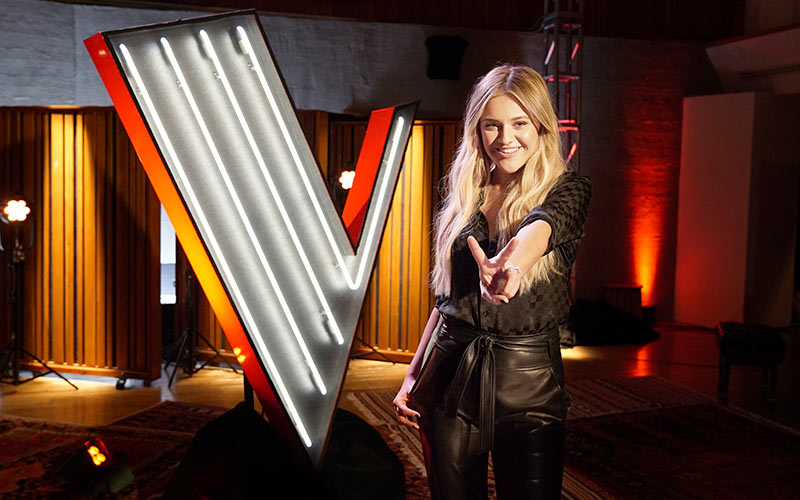 The Voice’s version of Survivor’s Redemption Island is called Comeback Stage, and it will be a 10-episode series that will be available on NBC.com, YouTube, Facebook and other platforms, with teasers on the live show.

It resembles Top Chef’s Comeback Kitchen, not just in name, because it’s a competition that will run parallel to the primary show.

Its six contestants won’t be people who’ve been voted out later in the series, but instead six who auditioned in front of the coaches and did not get selected.

Here’s how the game play will work, according to NBC’s press release:

“During the series, Grammy Award nominee Kelsea Ballerini will pair the six Comeback Artists into three Battle Pairings, coaching each artist on an individual song. These artists will go head to head in a Battle Round, and Ballerini will determine the winner of each Battle Round.

On the Live Playoffs Results show airing Tuesday, Nov. 13, the final two Comeback Artists will return to “The Voice” stage to perform for America’s votes in the first Twitter Instant Save of the season. The winning Comeback Artist will then decide which team they would like to join moving forward in the competition: Team Kelly, Team Jennifer, Team Adam or Team Blake.”