CBS has finally and officially announced the cast of Survivor David vs. Goliath, which is season 37 of the hit series. The 20 contestants include a two-time Amazing Race contestant, the writer and actor Mike White, and wrestler John “Johnny Mundo” Hennigan.

Survivor David vs. Goliath premieres Sept. 26 with a 90-minute premiere, which will be followed by the 90-minute finale of Big Brother.

This season’s theme/twist—which organizes people in two groups based on those who “have overcome adversity in their lives” versus those who “tend to capitalize on their individual advantages and use it against their opponents,” according to CBS’ descriptions—was a last-minute creation by the production team.

Jeff Probst told EW, “Usually we don’t really have an idea at first and we just start to see what’s there and we typically [figure out the theme] the month before. But we just never got to it this season.” He said that it occurred to them during casting when Christian (a David) and Johnny Mundo (a Goliath) came in.

In the press release, he points out that “Survivor is the great equalizer, because you never know which skill set will be most useful in this cunning game of social politics.” 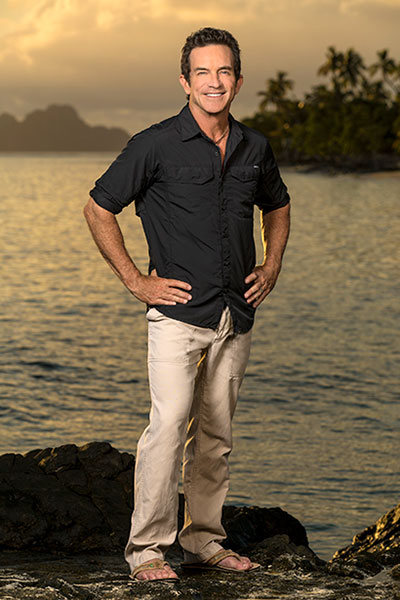 During the summer, Jessica Peet, who’s now 19, was revealed to have used a shortened version of the n-word repeatedly in three- to five-year-old tweets, including “Shout out to my [n-word]” and “I just called Kayla a frosty haha [n-word] aint from Wendy’s”. Another that insisted the slur “isn’t a cuss word !! Lol”.

She later apologized but also said that her use of the n-word wasn’t derogatory nor “racial,” even though it’s perhaps the most derogatory and racist word there is, which indicates she’s still pretty ignorant about why it’s problematic for a white person to throw it around so casually. She said:

“In response to the tweets you are referencing, I want to apologize for what I posted as a 14-year-old teenager. In no way did I mean it in a derogatory nor racial way. I do hope people are willing to forgive, and understand I was immature and I’ve done a lot of growing up since then.”

The Survivor David vs. Goliath cast

CBS released two videos, with Jeff Probst introducing each tribe and giving us a good sense of the storylines the production will focus on, at least early in the season.

Here is the full cast of this season, from CBS’ press release: