Which is more important: reality show hosts or formats?

The news that Tim Gunn and Heidi Klum have left Project Runway made me fear for the future of Project Runway, which was on the verge of being reinvigorated by returning to Bravo and returning to the safe hands of Magical Elves, the production company that created the show.

That also reminded me that Mary Berry, Mel, and Sue exiting The Great British Bake-Off made me declare—not at all hyperbolically!—that her departure was “the worst-case scenario” and one that “effectively ends” GBBO. Oh, and I also wrote that the show’s producers and new network were “delusional.”

But I just started watching season eight of Bake-Off, which Netflix acquired from Channel 4, and it’s still pretty great.

So I was the one who was delusional about the resiliency of the format, which includes everything from the tent to the show’s tone, the structure of the competition to the way it’s cast. 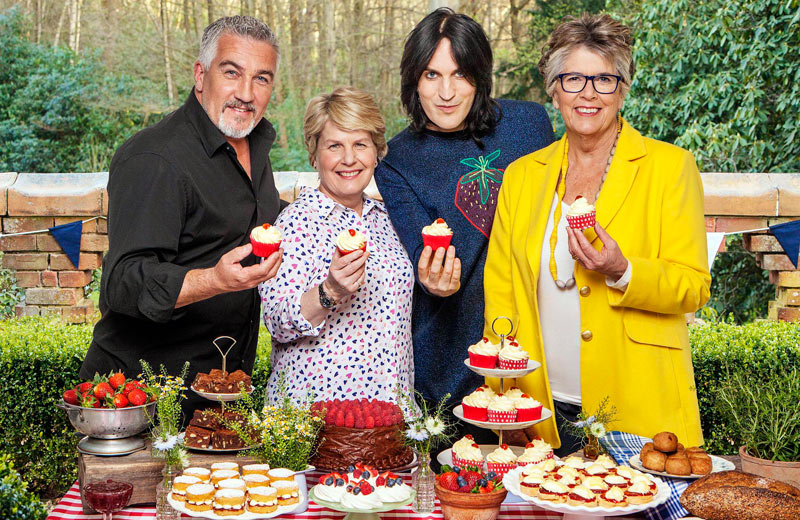 I do miss Mary, but Prue Leith is terrific, and so is host Sandi Toksvig’s dry wit, which had me laughing right away in episode one.

Is it possible that hosts and the central characters matter less?

Does continuity (i.e. Paul Hollywood, or perhaps Nina Garcia continuing with Runway) soften the blow of those kinds of transitions?

I explored these questions, and some examples from the past, in a story for Vulture: Do Reality Competitions Need Big-Name Hosts?

I think the answer might ultimately be “it depends,” but it was interesting to think about what departures worked (100 percent of America’s Got Talent’s judges and hosts have changed over its life) and which definitely did not (America’s Next Top Model).

So I considered the multiple factors involved. For example, as I wrote:

“Does a show just need to keep one or more consistent cast members in order to not fall apart? Housewives come and go on the Real Housewives franchise, but it’s never a complete changeover, so there’s discomfort wrapped in the familiar blanket of rich people sniping at each other. Once a format becomes familiar or beloved to viewers, it’s much less unsettling for there to be cast changes.

Yet doing that didn’t work for CBS’s Baking Competition, which had Paul Hollywood as one of its judges, because CBS also Americanized GBBO’s format instead of embracing the original.”

Read the full piece at Vulture.