CBS chair, president, and CEO Les Moonves—who continued to play an active role in CBS’ reality TV shows, including approving final casts of shows such as Big Brother and Survivor—was effectively fired by being forced to resign by CBS today after six more women said he sexually harassed and violently assaulted them, and then retaliated, ruining their careers.

$20 million of his severance package will be given “to one or more organizations that support the #MeToo movement and equality for women in the workplace,” CBS said, a tacit acknowledgement of the reason why Moonves is exiting, and said he won’t receive any severance until an investigation is completed.

Earlier today, The New Yorker’s Ronan Farrow reported the stories of six additional women who say “Moonves forced them to perform oral sex on him, that he exposed himself to them without their consent, and that he used physical violence and intimidation against them. A number of the women also said that Moonves retaliated after they rebuffed him, damaging their careers.”

Farrow’s story also detailed complaints about how the “culture in some parts of the company tolerated sexual misconduct.”

Moonves said in a statement, in part, that “The appalling accusations in this article are untrue. What is true is that I had consensual relations with three of the women some 25 years ago before I came to CBS. And I have never used my position to hinder the advancement or careers of women.”

Last week, The Huffington Post’s Yashar Ali reported that, after the Janet Jackson and Justin Timberlake incident during the Super Bowl that aired on CBS, Moonves “was furious that Jackson didn’t make a similarly contrite apology to him” and she became the “target of Moonves’ ire and vengefulness,” including ordering MTV, VH1, and CBS-owned radio to stop playing her music.

Ali tweeted this video of Julie Chen discussing Janet Jackson on The View, and noted how Julie Chen is critical of Jackson for failing to apologize while Timberlake did, which is “information she would know as Les Moonves wife…which matches my story. That Justin (as Les Moonves) told people, tearfully apologized to him directly and that Janet didn’t which pissed him off.”

CBS announced Moonves’ departure in a release that also said it was settling an unrelated lawsuit with National Amusements, Inc., and said:

“Concurrently with the settlement, Leslie Moonves will depart as Chairman, President and Chief Executive Officer effective immediately. Chief Operating Officer Joseph Ianniello will serve as President and Acting CEO while the Board conducts a search for a permanent successor. Mr. Ianniello, who joined the Company in 2005, has been COO of CBS since June 2013. The Chairman position will remain open pending the appointment of a permanent CEO.

Moonves and CBS will donate $20 million to one or more organizations that support the #MeToo movement and equality for women in the workplace. The donation, which will be made immediately, has been deducted from any severance benefits that may be due Moonves following the Board’s ongoing independent investigation led by Covington & Burling and Debevoise & Plimpton. Moonves will not receive any severance benefits at this time (other than certain fully accrued and vested compensation and benefits); any payments to be made in the future will depend upon the results of the independent investigation and subsequent Board evaluation.”

Moonves defended Big Brother bigotry as ‘what our show is’ 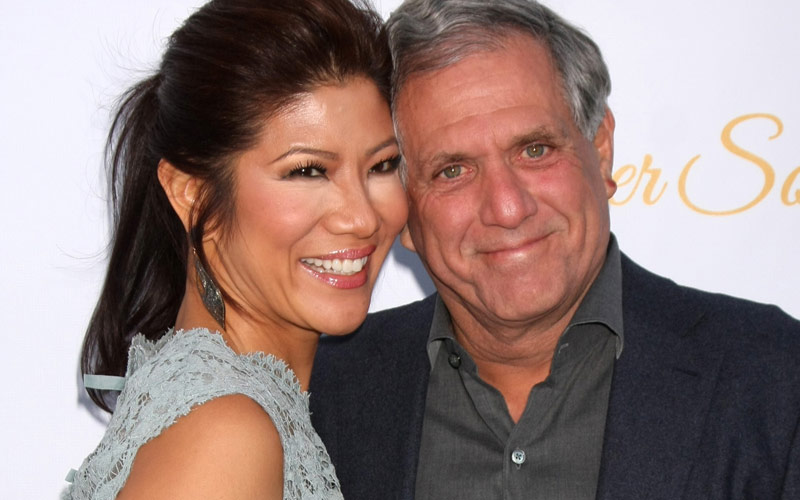 Moonves is a major Hollywood figure, and was both “the public face of the company” and “an integral part of daily life at the CBS broadcast network and major assets such as Showtime and the nascent CBS All Access streaming service,” according to Joe Adalian’s analysis at Vulture.

Adalian points out “that for all of his abilities as a programmer and executive, part of Moonves’s power derived from the mythology which built up around him” which “put too much value in the Great Man theory of history.”

Despite all of his responsibilities at the network, Moonves continued to play an active role in CBS’ reality shows, from bringing Survivor to the network in 200 to approving the final casts for each of the shows, including Big Brother and The Amazing Race.

Five years ago, he discussed his involvement, saying at the Television Critics Association press tour, “I’m not involved from the earlier stages, but I sort of have the final look at who’s going in and choosing the right combination.”

At the same time, which was after Big Brother 15’s eruption of bigotry, Moonves also defended Big Brother and its racism, homophobia, harassment, and other horrific behavior, claiming it made him and CBS “uncomfortable” but adding, “It’s what our show is.”

That acceptance of terrible behavior was quite the contrast from his criticism of the Big Brother 17 cast two years later.

Moonves has been married to Julie Chen, the host of Big Brother, since 2004. In 2003, when tabloids reported on their relationship, CBS denied it.

Update: The headline and lead for this story was modified to more accurately reflect the conditions of Moonves’ departure.