Flipping Out season 11 will reportedly show the end of Jeff Lewis and Jenni Pulos long working relationship and friendship, as she left Jeff Lewis Design “a few months ago” and the two are no longer even speaking, according to People magazine.

If Jenni leaves and is no longer part of the Bravo show after this season, that would mean the end of Jeff Lewis’ two longest remaining Flipping Out relationships, as Zoila is gone, too.

Zoila Chavez won’t appear on season 11; last October, she posted to Facebook, “I am no longer on the show. Thank you for all of your support.”

And earlier this year, Andy Cohen asked Jeff Lewis if he has contact with Zoila, Jeff said, “No, not much. She’s in Nicaragua. She’s seeing family. It’s all changed.”

Returning this season are, of course, Jeff Lewis and Gage Edward, plus their child, Monroe, whose birth was featured last season. Jeff, Gage, and Bravo they’re now being sued by the surrogate for filming the birth without permission and then broadcasting it.

Jenni will be featured, too, though the report suggests this will be her last season as a result of the blow-up and falling out.

Bravo’s summary of Flipping Out season 11 mentions turmoil for Jenni after she returns from maternity leave:

“With little Monroe now calling the shots in her fathers’ lives, the Lewis-Edward household – and thus the staff at Jeff Lewis Design – operates on an extremely regimented schedule. Jeff remains consumed by the still-ongoing renovations at his Valley Vista property and brings in two project managers to help keep things on track. Things get complicated, however, when his game plan backfires. Having just gotten back from maternity leave, Jenni navigates the new office dynamic amidst the chaos as newest team member, Tyler Meyerkorth, has become Jeff’s full-time assistant and right-hand man in her absence. Diligent long-time employee Megan Weaver works to pick up the slack, but tension builds as Jeff struggles to relinquish control. As employees fail to perform up to his perfectionist standards, it becomes clear that no one is safe and the threat of being let go looms.”

Jenni Pulos, who created Flipping Out, and Jeff Lewis are ‘over’ 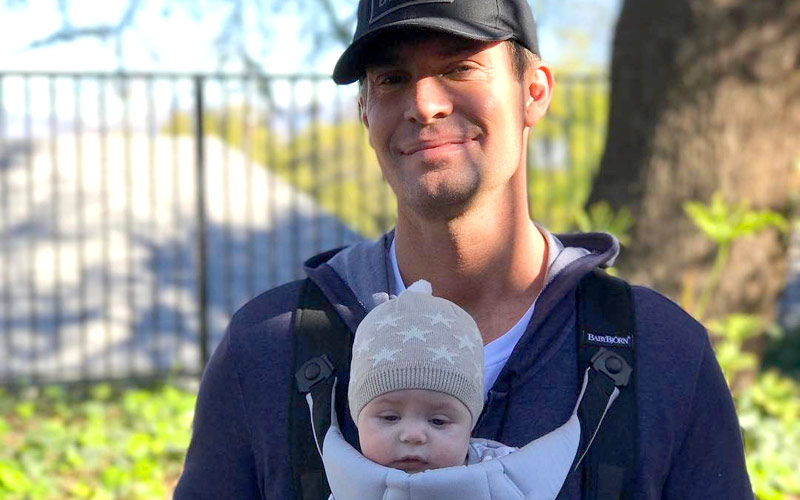 Jenni’s departure would be another in a long line of people close to Jeff who leave, from Jenni’s ex-husband Chris Elwood to Jeff’s ex-partner Ryan Brown.

As to the change in the relationship between Jeff and Jenni, one unnamed source told People,

“It’s sad. They used to be inseparable but their differences just got too big to overcome. They found fame together so there was always this thought that nothing could tear them apart, but that hasn’t been the case. They’ll never come back from this. It’s over.”

Another source told the magazine:

“They’ll never film together again. Jeff has cut people out of his life before who wronged him, and that’s where Jenni sits now. This feels like a goodbye, at least for her.”

Besides working for Jeff Lewis Design, Jenni is an actor who pitched a show to Bravo about her life trying to break into Hollywood. Footage of Jeff Lewis interested Bravo executives, and Jenni re-pitched the show as a show focusing on Jeff and his businesses, and that’s why she’s an executive producer on Flipping Out.

She also co-starred with Jeff on its spin-off, Interior Therapy with Jeff Lewis, which aired two seasons in 2012 and 2013 and which I really, really hated.

Six years ago, Jeff sued Jenni over a book originally titled “Hang in There, Baby!: What One of the World’s Most Difficult Bosses Taught Me About Life, Work and Love,” but that was retitled “Grin and Bear It: How to Be Happy No Matter What Reality Throws Your Way.”

Jenni later said “the lawsuit was dropped” and blamed “miscommunication and misinformation.”

In that same interview, Jenni said of her relationship with Jeff, “I think we will always be connected some way, some how. He is my family and I love him.”