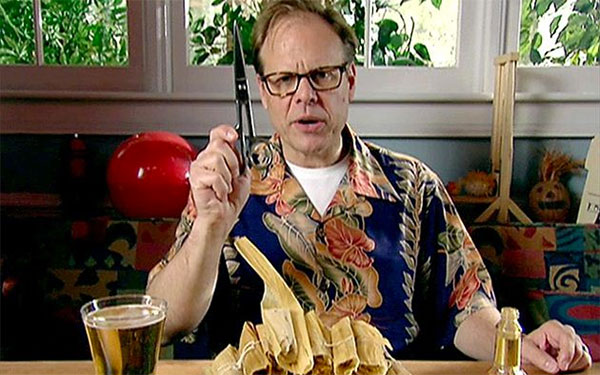 Alton Brown with tamales on a Good Eats episode. (Photo by Food Network)

Alton Brown’s Good Eats is finally returning to TV, and while the new series won’t be brand-new, it won’t just be reruns, either. Instead, Good Eats: Reloaded will add “new scenes, new science and new recipes” to old episodes, according to Alton Brown.

A brand-new version of Good Eats, currently titled Return of the Eats, will be on TV sometime next year.

Good Eats: Reloaded will air on the Cooking Channel starting Oct. 15, and air Mondays at 9.

The remixed version is described by Cooking Channel as “a celebration and update of favorite Good Eats moments,” but Alton Brown is making sure they’re worth watching again.

In a press release, Alton said, “We went in only expecting to replace about 30% of the shows, but ended up doing more…a whole lot more!” And earlier this year, he told Money:

“…before I reboot the series entirely, I wanted to make a few small repairs to older episodes. So I’m actually doing a series called Good Eats: Reloaded that is going to take 13 classic episodes, and I’m going back in and changing the things that I wish I had done differently. Let’s face it, some of those shows are 18 years old, and I look at some of them now and I’m like, Oh crap, I really wish I had done this instead of this. I’m going back and making those repairs. Good Eats: Reloaded will be out in the fall this year and then the new series, Return of the Eats, we’ll completely reboot at the beginning of next year.”

Good Eats: Reloaded, he said, is not just old episodes with new clips:

A brand-new version of Good Eats is coming soon 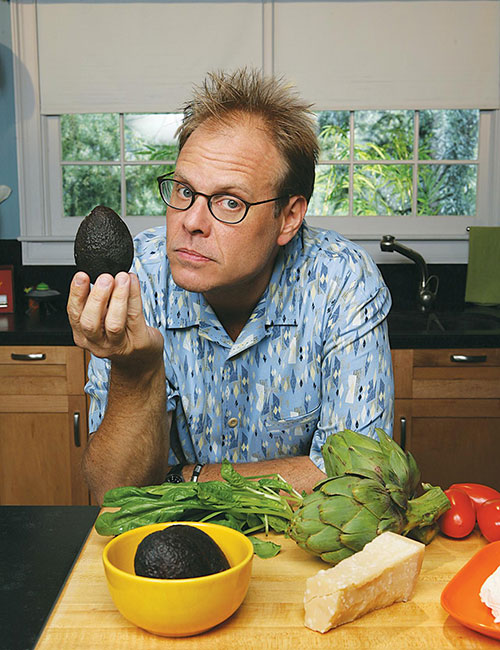 Alton Brown on the original Good Eats, which is being modified for Good Eats: Reloaded. (Photo by Food Network)

Fourteen seasons and 249 episodes of Good Eats aired between 1999 and 2011 on Food Network, and then repeats of the show moved to Cooking Channel.

The show won a Peabody Award in 2007, and the Peabody committee called the show “omnivorously educational and great cheesy fun.”

In the press release announcing Good Eats Reloaded—which again will only cover 13 of those original episodes—Food Network and HGTV president Allison Page said,

“Many of our viewers learned about food from Alton Brown and Good Eats. There’s not only nostalgia for the show, there is a demand for more—and Alton’s present-day take on classic episodes in Reloaded is a taste of what’s to come.”

What’s to come is a new series, which Alton first announced last fall at Dragon Con. While he said it would air in 2018, he told Money in July that the new series will air next year.

Here’s how Alton teased the return of Good Eats back in July: