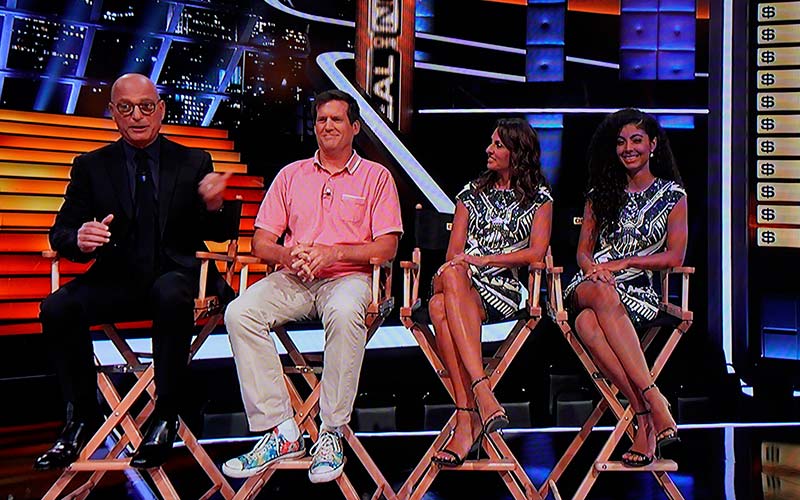 Deal or No Deal host Howie Mandel, executive producer Scott St. John, and models Patricia Kara, and Soraya Yd appeared at TCA via satellite from Orlando, where they were filming, hence this odd image. (Photo by Paul Drinkwater/NBCUniversal)

Deal or No Deal is returning to CNBC in December, and although it is being called “all-new,” it will still have a group of female-only models who stand next to briefcases.

One of those models is a former Survivor contestant, who appeared on two seasons of the show,a nd another appeared on America’s Next Top Model.

CNBC said the 26 models include: 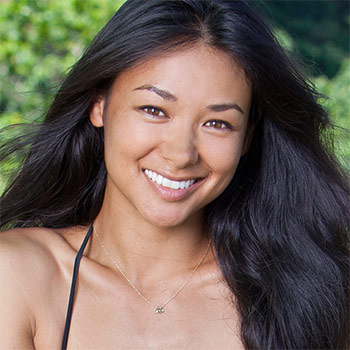 Brenda Lowe, a contestant on Survivor Caramoan: Fans vs. Favorites (Photo by CBS)

Anchal placed seventh during her season of Top Model.

Deal or No Deal’s models ‘have their own stories’

CNBC’s press release calls them “fascinating, accomplished women” who “each also have their own stories,” but in a 55-second preview released in late July, they just stand and smile, and host Howie Mandel found no time to let them speak.

It’s not clear how exactly those women’s stories will be told, or how their accomplishments will play into their new roles of standing still wearing identical outfits until Howie Mandel tells them to open a briefcase.

“We wanted to find a group of women that had life experiences that we thought would tie into what a lot of people are going to be coming on the show and talking about.

I think we’ve done a great job with finding women who have engaging personalities, who are empathetic, who will be connected to playing the same way that Howie does.

Obviously, this is a unique show, and the role that the women play on the show is unique, so our casting process was a little unique. It wasn’t like the traditional, Oh, let’s contact a modeling agency and book the 26 people that we think are the most attractive. That was not the whole entirety of it, by any stretch.”

And model Soraya Yd said this:

“Just thinking about the contestants, what we go through, the chance that they have, it’s just so beautiful. And we have the opportunity to be ourselves. The emotions that we feel, we’re not just a briefcase model. It’s more than that. We’re so connected to the contestants. It’s just a whole other level.”

Meanwhile, the show’s shadowy “banker,” a stand-in for the producers themselves, is now a woman, according to Howie Mandel. “The banker is now a female who seems to be even more shrewd than I remember,” he told TV critics.

She won’t, of course, be seen other than in shadow, nor will she talk. St. John confirmed that viewers “won’t hear any more about the banker in the background.” He didn’t say whether she was another model, a stand-in, or an actual member of the production.