RuPaul Charles won for the third year in a row for his role as host of RuPaul’s Drag Race, and the show also won awards for directing, costumes, and hairstyling.

CNN’s United Shades Of America With W. Kamau Bell won for the second year in a row in the Outstanding Unstructured Reality Program category. 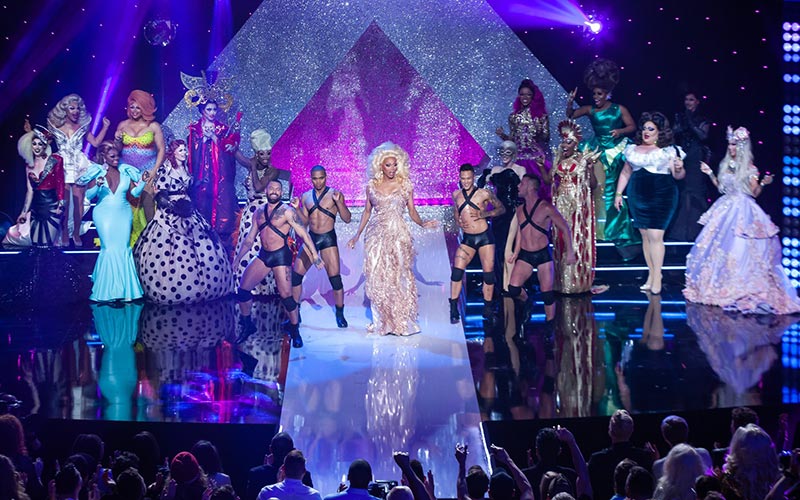 RuPaul at the Drag Race season 10 finale. The show won several Emmys, including for RuPaul’s hosting. (Photo by VH1)

Here are the major awards given to documentary and reality TV shows, producers, and crew members, from the Television Academy’s list of winners.

See also the list of Emmy-nominated reality shows and, from earlier, the full list of eligible shows.

Outstanding Directing For A Reality Program
RuPaul’s Drag Race • 10s Across The Board • VH1 • World of Wonder Productions
Nick Murray, Directed by