Skip to Content
Jeff Probst during the live Survivor Ghost Island reunion, pointing away from the people he now makes Survivor for. (Photo by Monty Brinton/CBS Entertainment)

Survivor David vs. Goliath is less than a month away from its Sept. 26 debut, and the official cast announcement will be coming soon. Before it premiers, though, let’s consider a revelation that host and showrunner Jeff Probst had during production of season 37.

There has been a significant change in Jeff Probst’s mind about why he and his team are creating Survivor, and it means the show is no longer produced for its viewers and fans.

Since he’s been showrunner, in charge of the entire Survivor production, Jeff Probst has often focused on Survivor fans as the reason they make the show. He’s pointed it out on social media and during the live reunions.

In 2011, he said that feedback from fans on Twitter had “a direct impact to how we are producing the show,” including affecting the casting of a returnee for Survivor South Pacific.

Being the audience’s surrogate during Tribal Council was one of the many reasons why he was such an outstanding host and earned that very first reality TV hosting Emmy.

But Survivor is not “for the audience” any more. Earlier this summer, Probst told EW’s Dalton Ross that the show is now for the contestants. 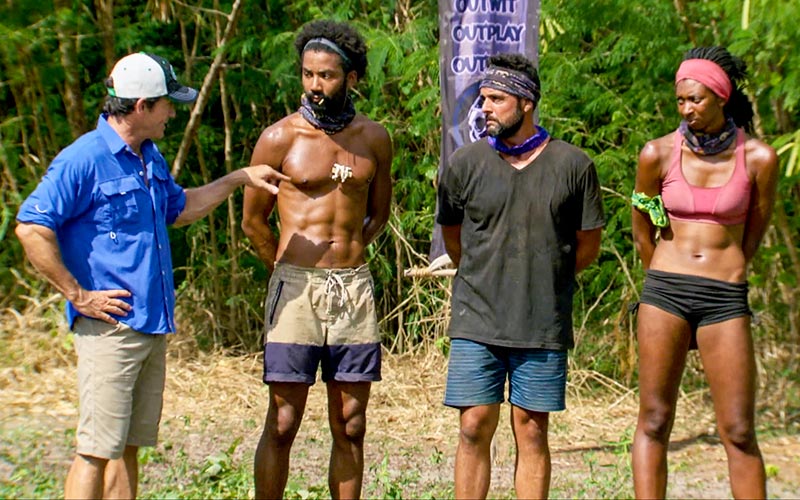 Jeff revealed this as part of an answer about the difficult weather that the Survivor David vs. Goliath cast endured in Fiji, which energized certain members of the cast:

“…we’re also finding that the more super fans we put on, the more they’re able to handle it. Because when you put somebody in this environment who has been dreaming about it for years and years and years, they don’t want to quit. They don’t care how hard the rain is or how cold it gets. In fact, in a way it enhances the adventure because you want all of it. You can’t have a high without a low.”

And that led Jeff to disclose a revelation he’d had while producing Survivor David vs. Goliath:

“I had a really great experiment this summer. During filming on season 37, I asked myself the question: Why do we make this show? And I was surprised with the answer. Because I thought we made it for the audience. But as I continued to write I realized, no, we make it for the 20 people who play. We put all of our time and energy, we leave our families — which gets harder every single season — we endure our own cyclones and miserable boat rides and long days in the jungle so that we can give these 20 people an adventure that may change the rest of their life. And it was really eye-opening to me. And the byproduct is, if you’re not playing, you can watch it at home for the entertainment value or the inspiration to get up off the couch and come play it next season.”

When I wrote Survivor’s obituary in 2013, I lamented how the show valued “drama over game play and character development” and had “a relentless focus on the things Jeff Probst values.”

Alas, I don’t think things have improved in the last five years, though there have been a few strong seasons.

I’m glad Probst values his contestants—er, “storytellers”—but valuing the microcosm of the Survivor experience, instead of how millions of people are experiencing the edited version of it, is disappointing, and I say that as one of those who’ve been disappointed recently.

This does, however, offer an explanation why twists have replaced human drama and why these last few seasons have been so flat and lackluster: viewers and fans aren’t the focus.

Of course, I don’t really think Probst and company are ignoring the viewing experience; they are, after all, producing a prime-time television show for one of the four major broadcast networks that continues to draw ratings and rake in cash.

I don’t want fan service from Survivor. But I also don’t want Survivor to forget why it became a popular television show: because it served people something they’d never seen before, delighting us with everything from rich personalities to the care and attention paid to crafting the show itself.