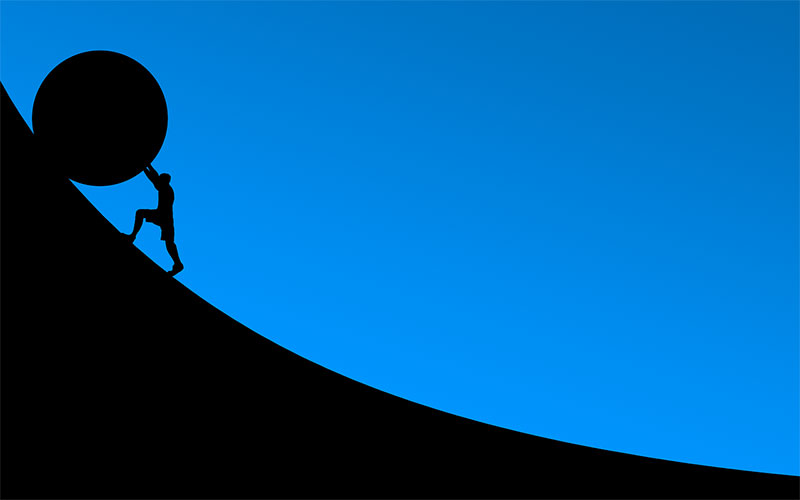 CBS has announced a new reality competition show, Million Dollar Mile, that tests contestants with “the most challenging course every designed,” which will include “elite athletes” trying to “stop the contestants from winning.”

The prize is $1 million for every single contestant’s run, which is impressive, but probably also speaks to the difficulty of completing the course.

This sounds intriguing—and also quite familiar, as this is yet another obstacle course competition.

It has elements of NBC’s American Ninja Warrior (which rarely has contestants complete its obstacle course) and CBS’ recent attempt to knock-off Wipeout, TKO: Total Knock Out, which had contestants trying to stop each other from completing the course.

It’s especially similar to ANW because it will be “shutting down the streets of a major city”; American Ninja Warrior is filmed on city streets and locations across the country, though its course isn’t a mile long.

Million Dollar Mile will be produced by Big Brother‘s producers, Allison Grodner and Rich Meehan’s Fly on the Wall Entertainment, in collaboration with LeBron James and Maverick Carter’s SpringHill Entertainment.

“LeBron represents the epitome of strength, vision and determination — all skills one will need to complete this one-of-a-kind course where every runner has a chance to win $1,000,000,. Couple that with Allison and Rich’s unrivaled skill for storytelling and game, and we feel like we have a championship-caliber team.”

CBS ordered 10 episodes, but did not say when the show will air. It’s now casting, and the casting notice says the show wants people of “all shapes, sizes and athletic abilities to test your strength, speed, agility , endurance and mental capacity.”

It also asks, with unnecessary capitalization and missing punctuation, “Think you’re good under Pressure? Come put yourself to the test in never before seen series of challenges, where the decisions you make can earn you BIG MONEY!”