Skip to Content
Rick Ness on Gold Rush season 9, on which he decides to work independently. (Photo by Discovery Channel)

Gold Rush season 9 returns to the Discovery Channel this October, with one long-time cast member out of the series and another moving out from under another’s shadow, according to mild spoilers of the season’s storylines.

It will be preceded by the companion series The Dirt, which Discovery says “will give the inside scoop on everything that went down” and include “the opportunity to interact with the miners and get access to behind-the-scenes, cutting room floor material that never makes it into the show.” 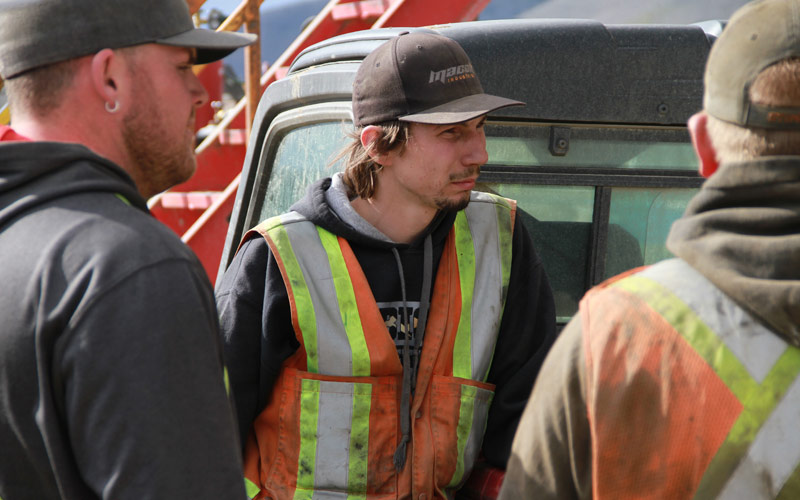 The announcement of Gold Rush season 9 highlighted three miners who will be the focus:

Where is Todd Hoffman? He left the show after eight seasons: “I want to chase another dream,” he announced. Specifically, he wants to get into TV producing and singing.

Gold Rush, which follows the people who run gold-mining operations in the Yukon, remains the most-popular show on the Discovery Channel.

Last season, I interviewed one of the show’s producers about how the series comes together, and how the production company works to keep it fresh: How Gold Rush is produced.

This year, Rick Ness has decided to step it up and become a mine boss with a claim of his own. He’s seen it all – and put in the grunt work – after working six years under fellow miner Parker Schnabel. Rick cashes in his life savings and literally puts everything on the line. But is he ready? In the off-season, Rick spent most of his time nursing his mother until she passed away. As a result, he’s far behind the others as they race into the mining season. But that isn’t his only uphill battle. Rick has recruited a crew of his Wisconsin buddies, who leave behind their jobs, families and homes, to take a chance on of striking it rich. But only time will tell if his dad’s prediction will come true that “he’ll come home broke with no friends.” The stakes don’t come much higher this year for Rick.

While gold miner and rival Todd Hoffman is out, things aren’t any easier for 23-year-old Parker Schnabel. As the new season kicks off, Parker finds himself in a land war with legendary Klondike miner Tony Beets. Parker’s initial plan was to return to Tony’s ground – the richest he’s ever mined – and deliver more than 6,000 ounces of gold worth $7.2 million dollars. But things go south when he tries to negotiate a royalty rate and must move to another claim. The plan doesn’t sit well for Tony – who could lose millions – and he’s determined to teach young Parker a lesson. It’s a tough start for Parker – especially without having Rick or his long-term girlfriend Ashley by his side.

Meanwhile, legendary Klondike miner Tony Beets has a masterplan this year – to get the two ancient dredges mining and turning around some major profit. And he’s determined that nobody, especially Parker, will get in his way. Tony’s also looking ahead at his kids’ future and is doubling down on everything this year including dredges, barges and gold. He’s also not afraid of a good challenge – and has vowed to match Parker’s lofty $72 million season goal. And if one thing is certain – he’ll run as many wash plants as it takes to ensure he beats his young rival.