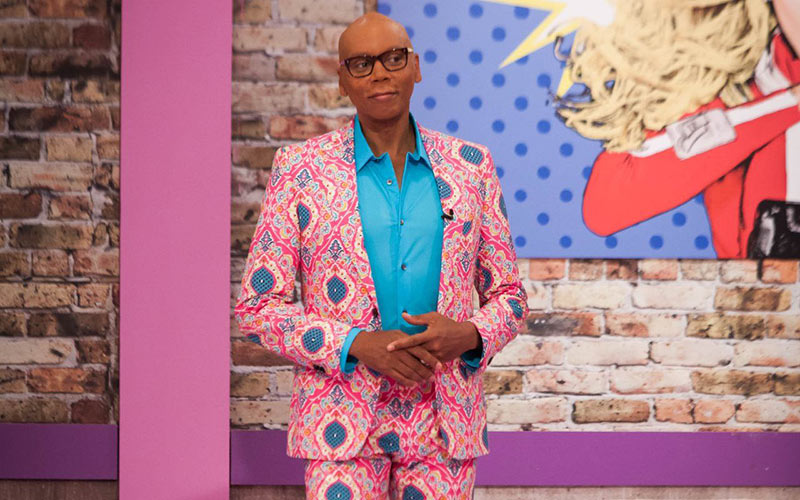 RuPaul in episode two of RuPaul's Drag Race All Stars 3. (Photo by VH1)

VH1 has officially announced RuPaul’s Drag Race All Stars season four, though that it it is coming and was filmed this summer is no surprise: On his podcast with Michelle Visage, Ru said, “Everybody knows we’re doing All Stars. We’re not giving anything away.”

The new season will presumably air in 2019. But does anyone want another All Stars—especially just one year after All Stars 3?

In a press release, VH1 executive Pamela Post said, “This franchise is truly a force to be reckoned with. Our passionate and talented Queens continue to speak to our diverse fans who are not only looking for entertainment, but also the encouragement and inspiration to be their unique selves.”

This quick renewal and return feels like VH1 desperation—or at least, the last season sure did: it felt under-produced, under-developed, and under-supported. And now, here comes another one!

An all-star season should be special, not an annual event. This is not The Challenge, which gives reality stars careers, temporary housing, and enough sustenance to keep their livers well-fed. All Stars is supposed to find someone worthy of the Drag Race Hall of Fame.

The All Stars 4 cast, who were ‘shitting their pants’ when Ru screamed at them

There’s a list of rumored queens, thanks to cancellations of appearances and disappearances from social media and other sleuthing. On the list:

I’m already excited to see some of these contestants back. But I am not excited at all for an all-star season.

That’s mostly thanks to All Stars 3, which just aired this spring and was a complete mess of unnecessary twists and shifting criteria. Its challenges were mostly flat and uninspired, without much variety—a poor test to find the best of the best, if that’s truly the goal.

Thankfully, the show itself recovered for season 10, which was excellent in all the ways that Drag Race can be.

Perhaps the network and production company, World of Wonder, looked critically at the feedback from passionate fans and professional critics alike and decided to make some changes. Maybe they’ll abandon the sketchy format that turns the show into a social game instead of a competition between professionals (and still lets producers have control while pretending they don’t).

Even if it’s an entirely new all-stars, there’s something else I’m not looking forward to, and that’s something RuPaul has teased.

The context in which RuPaul mentioned the return of All Stars was an admission that, as Michelle put it, RuPaul was “screaming at the top of her lungs” at the queens, who were “shitting their pants.” Perhaps that’ll be comedic and fun to watch.

It doesn’t sound like fun—especially since we learned of that around the same time as Pearl saying RuPaul “broke my spirit” when the cameras were off during season seven.

A new season of All Stars will give talented performers more time on a national platform to show off their abilities; build their followings; and both teach and entertain us. But the platform should be worthy of them, and All Stars 3’s certainly was not. All Stars 4 better work.