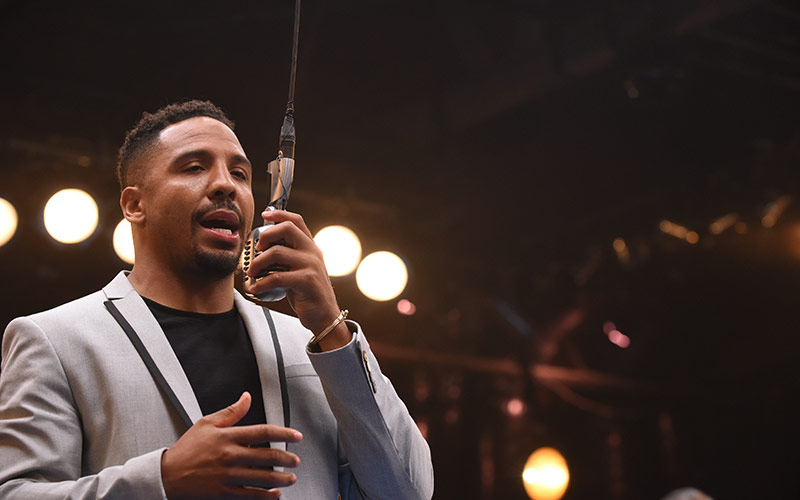 Andre Ward, host of Epix's The Contender (Photo by Epix)

More than 13 years after it first debuted on NBC, the boxing reality competition show The Contender is back for season five, and it’s now on premium cable, with the five-round fights shown in real time.

The original NBC season billed itself as “The Next Great Human Drama” and felt like a reality competition with boxing—there were even challenges and rewards, plus extended segments following the boxers with their families to really create emotional attachment with the fighters.

The new version of The Contender, which premieres tonight (Epix, Fridays at 9) is the reverse: boxing with a little bit of reality show.

It’s less sweeping and cinematic than season one—which cost $2 million an episode, making it the most-expensive reality show ever at the time—condensed its fights into heavily edited montages full of slow motion with a dramatic score.

Now, the fights are shown in real time, which isn’t exactly new for The Contender, which gradually moved away from the NBC format in its three post-NBC seasons. (This is the show’s fifth season and fourth network.)

Hans Zimmer’s epic theme song—it’s still on my playlist of songs I run to—actually isn’t in episode one as the theme song, but appears as background score late in the episode and then as the music over the credits.

There are montages of training, though the coaches—Freddie Roach and Naazim Richardson, who each lead a team of eight middleweight boxers, clad in yellow and blue respectively—are somewhat backgrounded in the premiere.

Epix says the new season will have “emotionally compelling journeys” as “sixteen boxers push themselves to the limit, telling stories of their families and hardships, as well as testing their strength and endurance all while vying for a six-figure purse and the title of the ultimate Contender.”

The first episode—the only one I’ve seen—doesn’t quite get there, and is a bit of a jumble until it finds its focus on the first two fighters, and then gives us some foreshadowing biography before working up to a satisfying, blood-splattered climax.

One contender, known as Cash, says in episode one, “It’s a lot of, like, you know Bad Girls Club reality show shit going on right now.”

But that drama is most reduced to who’s going to step up first, and who’s going to fight who. Unlike Bad Girls Club or The Challenge, people don’t just start swinging and knocking each other out. They wait until people are watching and scoring them first. 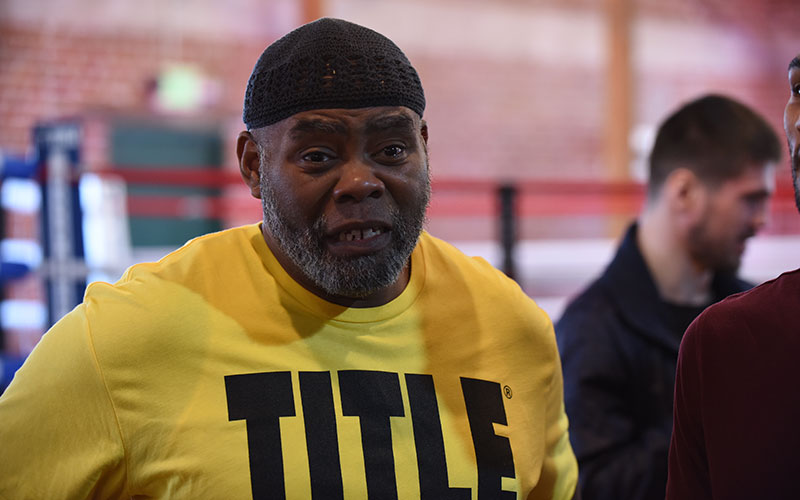 The rivalries, and storylines, may clear up as the season moves on, or this may just be what The Contender is now.

Andre “Son of God” Ward hosts, and does a flat version of the usual hosting things, such as laying out the rules of the game: Each team chooses their first contender without knowing who the other team chose, and then the winner of each fight will control the match-up in the next fight.

There is no discussion of the merits of a sport where damaging another human—or even knocking them unconscious—is actually a goal, nor any mention of chronic traumatic encephalopathy (CTE) or discussion about how brain damage has been found even in boxers who haven’t had concussions. In fact, the only real reference to safety in the first episode is someone using an injury as an excuse.

This is a show that is about fights and fighters, period. Showrunner Eric Van Wagenen, who also produces Lucha Underground, keeps the focus tightly there.

Mark Burnett, by the way, is actually in his show, sitting in the audience for the first fight next to the host and season-one winner Sergio “The Latin Snake” Mora.

Before the first season began, Burnett told the L.A. Times, “We want to clean up and add some transparency to a sport that everybody used to love, like in the old days. […] Like all my other shows, this one will be filmed like a drama, a movie, and will deal with authentic core values…. Boxing becomes the metaphor for fighting for what you most want.”

I didn’t see much of that in the premiere of The Contender season five, so I’m not sure how much of that has survived the 14 years and three network changes since season one. But The Contender is still fighting—even if all it wants is more money for Burnett.