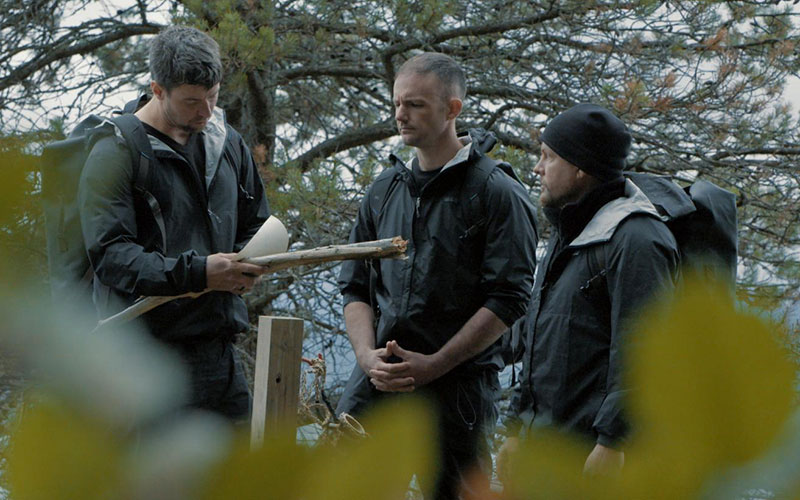 Nine contestants will tackle a 24-day survival challenge on the series, which has an air date of Aug. 5, with new episodes debuting Sundays at 10.

Ultimate Ninja Challenge consists of “eight grueling missions” that Discovery says “will push each warrior’s body, mind, and spirit to their breaking points.”

Those missions are designed by Jinichi Kawakami, who the network describes as “the last known Ninja,” and whose expertise is the prize. Those who last for the entire time “will receive a final lesson from the master himself in Iga City, Japan, the legendary home of the Ninja.”

Jinichi Kawakami is actually an engineer in his late 60s, and has been called the summer blockbuster-ish title of “Last Ninja” because, as he told AFP,  “I think I’m called (the last ninja) as there is probably no other person who learned all the skills” from those who passed down the knowledge.

(He is, as AFP reported, “the 21st head of the Ban clan, a line of ninjas that can trace its history back some 500 years,” which means “Kawakami is considered by some to be the last living guardian of Japan’s secret spies.”)

In that 2012 interview, also said that “Ninjas proper no longer exist” and said he’s decided to not apprentice anyone else because “[n]injas just don’t fit in the modern day.”

But he added that “I call ninjutsu comprehensive survival techniques,” which explains the connection to survival reality TV.

How Ultimate Ninja Challenge will work

The series was filmed in the Pacific Northwest, and its format was described in a press release like this:

“Following in the footsteps of the ancient order, nine individuals each living their own interpretation of the life of a ‘warrior’ will use their unique skills to attempt to survive challenges based on the sacred Kuji principles of the Ninja. These male and female warriors range from martial arts experts, a world-class survivalist, a UFC fighter, a veteran fireman and former military who all want to prove to themselves that they can endure any hardship when they take on the Ultimate Ninja Challenge.

With limited food and water, the warriors endure harsh conditions and challenges that include trekking through a frigid swamp, surviving overnight on an icy glacier, crossing a raging river, escaping imprisonment, and more, all while enduring sleep deprivation and debilitating hunger. Failure to complete any mission will force them to leave the challenge, and only those with the strongest stamina and willpower will make it to Japan for the final challenge. This is not conventional survival—this is the Ultimate Ninja Challenge.”

The show is an new format created by Charlie Foley and produced by Renegade 83, which also produces Discovery’s Naked and Afraid.