Skip to Content
Survivor Millennials vs Gen X cast member Jessica Lewis is one of the players who's worn contact lenses on the show. (Photo by Robert Voets/CBS Entertainment)

It’s time for more Ask Andy questions. In today’s edition, two shows that have been cancelled but are still missed, and another question about Survivor hygiene.

If you have a question, send it to me!

The fate of Hotel Impossible

Why did Travel Channel burn off Hotel Impossible? —Jason

When Travel Channel renewed the show back in 2016, it called Hotel Impossible “one of the network’s top-rated series for 2015.”

Alas, that wasn’t the case last year, when the show was the 954th most-popular show, out of 1,354, among all viewers, and 971st most-popular among viewers 18 to 49. (That’s according to Nielsen data compiled by FX Networks Research.)

In other words, it just wasn’t being watched by enough people any more. 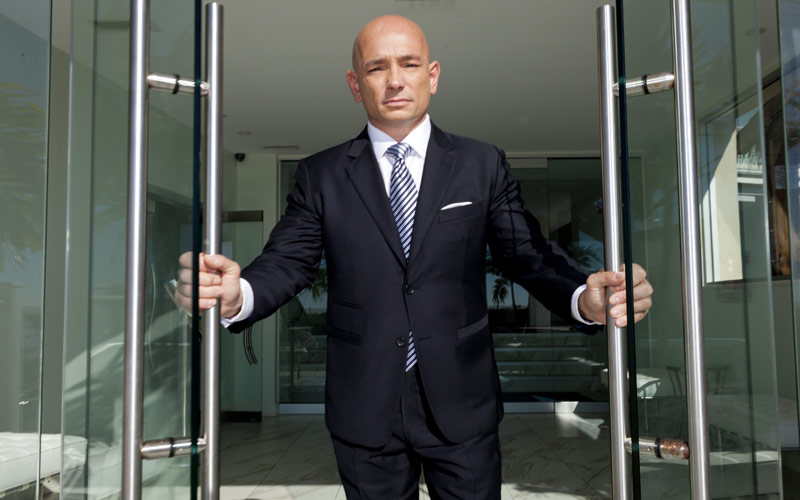 That’s why the show has been cancelled—and why it moved its final broadcasts from prime-time to early mornings, because the network could replace Hotel Impossible with better-performing shows.

Anthony Melchiorri had a new series, Extreme Hotels, but Travel Channel seems to have burned off that show, too. There were six episodes; the last three were pulled from the schedule late last year, and then burned off on a Tuesday morning in January.

“After nine seasons on Travel Channel, Hotel Impossible is no longer in active production, but fans of Anthony Melchiorri can continue to watch him in encore airings of the series and in new episodes of ‘Extreme Hotels,’ which will premiere on Tuesday, January 30 from 9:00 a.m.-12 p.m.”

Perhaps a more accurate version would be: you can watch us burn off the last three episodes of his show if you’re not at work on a Tuesday morning.

I definitely miss Hotel Impossible; it was a very classy makeover show.

I interviewed Anthony Melchiorri about Hotel Impossible at the start of season six, and we covered everything from firing producers to how much of each episode was planned in advance. He was also candid about his lack of patience with some of the hotel operators. Read the interview.

Do some contestants on Survivor wear contact lens, and if so, how do they get their hands clean in order to put them in and take them out? Or do they just wear glasses and just have blurry vision during wet or messy challenges? —Jake

Yes, they do wear contacts, including during challenges. They also sometimes wear glasses—or switch to glasses if contacts are too annoying.

The cast is provided with contact lens solution. It’s one of the things provided to each tribe in a storage container that is kept off-camera. Inside are things like a combination sunscreen/insect repellant, tampons, and medications for each contestant (that could include something they all need to take, such as malaria pills, or just be individual prescriptions).

Survivors also have access to clean drinking water, though they are still encouraged to boil it before drinking.

Ashley Trainer, a contestant on Survivor Samoa, discussed contacts in an Reddit AMA:

“We are allowed to wear contacts. We are not given water to wash our hands though.. We would bathe together, it was very common to see each other naked because everyone wanted to get ‘clean’ without wearing their clothes or swim suit.”

On season 33, Jessica Lewis first thought her eye infection might have been one of her contacts. She told EW:

“It was late and pitch dark.  As I laid in the shelter, something felt off with my right eye. I thought maybe it had been my contact lens, but I had taken them out. This may be gross, but I could feel goop building up in my eye. It hurt, like I’d been hit.”

During season 26, Survivor Caramoan, contacts were even part of an episode’s storyline. To quote the CBS recap:

“At the start of the challenge all members of both tribes dive into the water. The strong swimmers make it to their tribe’s cage quickly while the weak ones take longer. Laura, from the Gota tribe, is the furthest out, giving Bikal an advantage. After everyone from the tribe is up and over the cage, they can start untying the door. The Bikal (Favorites) tribe starts untying their door first, while Shamar starts yelling at Reynold on the Gota (Fans) tribe. Shamar accuses Reynold of stealing his mask, which he needs to protect his contact lenses. Reynold ignores him and dives down to untie the door. …

… The Gota tribe shows their discouragement as they return to camp after their loss. Reynold tries to talk to Shamar who immediately shuts him down. Shamar says, ‘Don’t talk to me. You’re disgusting. Don’t talk to me.’ He accuses Reynold of taking his goggles and then ignoring him when he asked for them back.”

Top Shot on the History Channel: My wife wants to know when, if ever, it will be back on the air. Thanks for any information. —Bob

Alas, Bob, Top Shot is over.

It aired five seasons from 2010 to 2013, all of which were hosted by former Survivor Colby Donaldson.

Top Shot was a terrific competition reality show, and I say that as someone who thought he’d have zero interest in watching people shoot. (Here’s my review of Top Shot.)

The first four seasons are on Amazon, if you want to relive it—or watch it for the first time.

You can also browse all of my coverage of Top Shot, which includes several interviews with Colby. A few highlights: