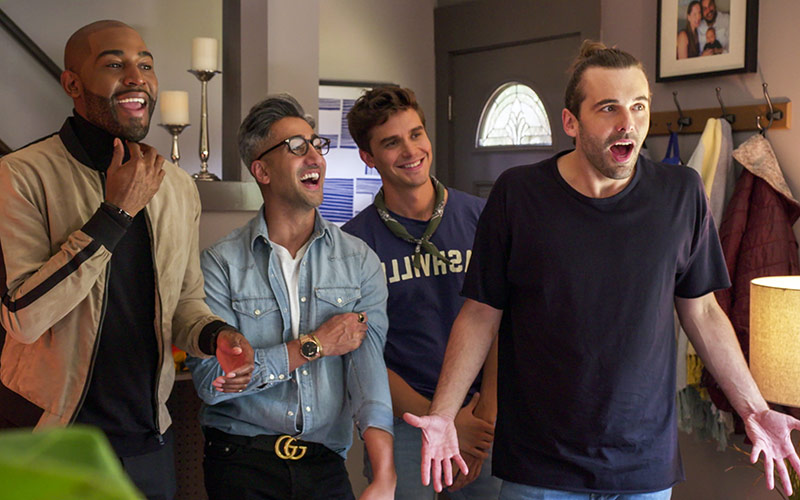 The 2018 Emmy nominations were announced this morning, and they are very, very familiar. Again. Given 80 hosts and hundreds of shows to choose from, the Television Academy members went with the ones they usually choose—though there were some exceptions, thankfully.

Netflix’s Queer Eye and Discovery’s Naked And Afraid were each nominated (in the structured and unstructured reality categories, respectively); each are the only new show in their categories, as the other shows were all nominated last year.

Queer Eye’s casting team was also nominated, replacing Survivor in a category that is otherwise identical to last year.

The biggest change came in the host category, where there were three returning nominees (RuPaul, Heidi Klum/Tim Gunn, and W. Kamau Bell), but three others who were nominated last year (Martha/Snoop, Gordon Ramsay, and Alec Baldwin) were bumped out.

Nominated in their place are Ellen DeGeneres, for Ellen’s Game of Games, and two-time winner in the category Jane Lynch, who rejoins the list of nominees for her work on Hollywood Game Night.

The reality competition category nominees are exactly the same as last year’s nominees, and pretty much the same as the year before. That award will be presented Sept. 17, as part of the prime-time telecast on NBC.

The rest of the nonfiction and reality TV awards will be presented at the Creative Arts awards over two nights, Sept. 8 and 9, which will be edited into one broadcast, airing Sept. 15 on FXX.

The Emmys’ web site has a full list of all nominees and other details, such as episodes they were nominated for. You can also browse by show [PDF] to see all nominations for individual reality series.

Outstanding Host For A Reality Or Reality-Competition Program

Outstanding Directing for a Reality Program