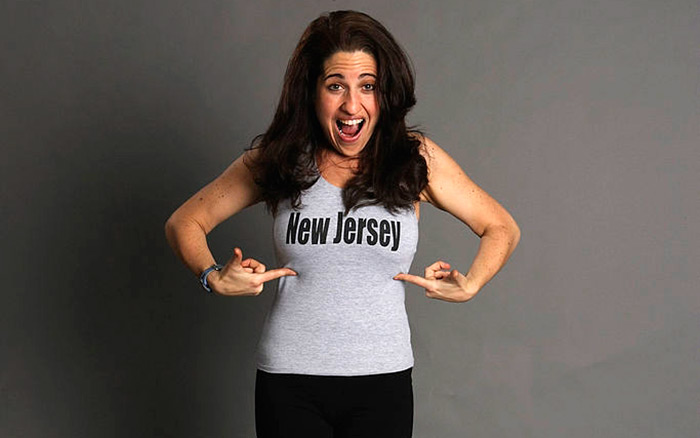 Poppi Kramer, a comedian and actor and the winner of The Biggest Loser season three’s at-home competition, died at age 46, according to friends and colleagues.

News of her death is circulating on social media among her friends and people she’s worked with; there are no details about when or how she died.

Poppi was a contestant on NBC’s weight-loss competition in 2006. That season, the show had 50 contestants, one from each state, though it eliminated 36 of them during the first episode.

The show offered $50,000 to the at-home contestant who lost the most weight, and that was Poppi: She lost 117 pounds, 50.4 percent of her starting weight of 232. She was the first woman to win a prize on the series.

Poppi also acted and worked as a warm-up comedian for talk shows—and taught others how to do that. Her bio on her Facebook page says:

“Poppi Kramer is a stand-up comic/actress who has been performing and struggling in NYC since 1997. A minor gay male celebrity, Poppi is best known for her stint on NBC’s ‘The Biggest Loser’ Season 3 for losing half of her body weight. She still works in a bar. And she still wants a large plate of pasta. Come see her perform so she can pay her rent. Thank you for your time.”

Two years ago, Poppi was interviewed by The Record about what happened with her after the show. She said “I kept the weight off for about seven years” but “By 2014, I regained almost 80 percent of my weight.” She eventually decided to have bariatric surgery.

As to the Biggest Loser, she said,

“I got exactly what I wanted out of it. I am a warm-up comedian, and I am making a living being a comedian.”

Here are some remembrances from friends:

My dear sweet @PoppiKramer is gone. She was the heart and soul of NYC and a friend to all. RIP funny lady ❤️ 🌈 https://t.co/1xaBjkHLXC

I'll always remember @PoppiKramer not just for her fostering a space for rising comedians, her jokes and phenomenal persona – but also for her friendship and infectious laugh. You are truly missed. ❤️❤️❤️ #RIP@lifetimetv pic.twitter.com/VPWBtxsQ2y

I'm so sad to hear about the death of Poppi Kramer. She was a ball busting, gutsy, hilarious lady. So sad.

It is an extremely sad loss within the comedy and lgbtq community today. You will always have a special place in my heart @PoppiKramer . #RIP

I don't often look back in fondness on my short-lived stand-up comedy career, but one aspect I do miss is my brief but close friendship with Poppi Kramer, a true one-of-a-kind New Yorker. Heartbroken to learn that she passed away. pic.twitter.com/gMRvQM6We5

Condolences to everyone shocked and mourning for @PoppiKramer. She created an open mic that changed my life and became my home for years and I will always be grateful to her for that. A much loved person. RIP, Poppi.

@PoppiKramer every interaction I had with you was positive. From stonewall sensation to nights at Duplex. You will be missed. RIP. 💗

Life is short. You can wake up one morning and be taken that evening. Live life to the fullest. Be the BEST version of you. Make YOURSELF happy.

R.I.P. Poppi Kramer. Your smile could light up a room, which is amazing, considering you were a Mets fan—like you had anything to smile about. I miss you already girl 💔 pic.twitter.com/CTJhcK8JjG