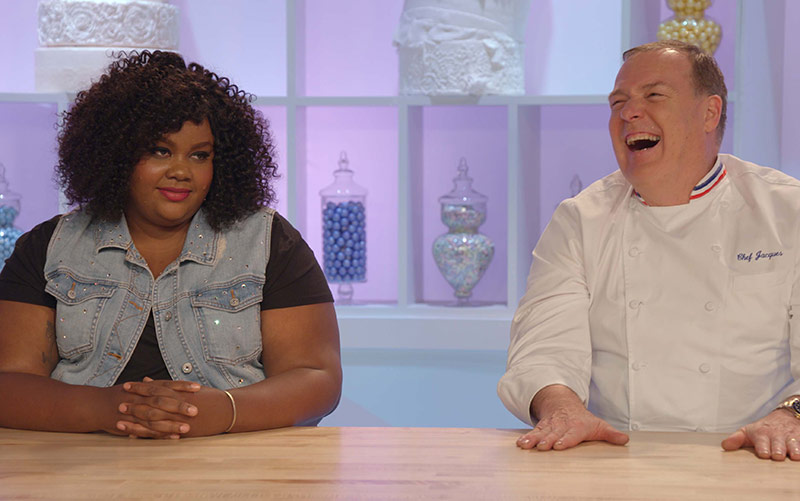 Nailed It, the madcap baking competition that throws aside the fourth wall and embraces imperfection, has returned for its second season on Netflix. It’s still a genre-ignoring pile of exuberance and silliness, and still a nonstop delight.

It’s exactly the opposite of Netflix’s other new cooking show, Cooking on High, which is about as useful as a wet joint. But more about that in a moment.

Attached to the second season of Nailed It was a fun surprise: a bonus episode featuring the cast of Queer Eye, Netflix’s other spring reality TV sensation. (Both are nominated for TV critics’ awards.)

The bonus Queer Eye episode is, well, fine—and for the collision of Netflix’s best original reality shows, that means it’s kind of a disappointment.

Putting both shows together should produce something entertaining, even if it’s a wreck. But instead, Netflix’s two reality TV spring sensations went into the oven, and out came a dry little runt of an episode.

There’s just one challenge for the Fab Five, and it’s an ingenious one.

Not so terrific: Queer Eye’s food expert, Antoni Porowski, doesn’t get to participate, because he becomes the guest judge. That means he doesn’t get a chance to show off or be shown up by the rest of the Fab Five.

But that’s a minor quibble compared to what happens with the others. Although the Fab Five are slaying one of our society’s biggest problems on their show, when they’re faced with the challenge of reproducing confectionary art, they barely try.

Yes, only one of the four actually makes a real attempt. Instead, they play around.

Knowing that Nailed It’s competition is ultimately a joke, and knowing that you’ll fail but still giving it a genuine attempt, has made for wonderful TV—even when there is a spectacular fail at the end.

But treating the competition like a joke and not really trying drains all of the life out of their failures.

If there’s one thing this crossover episode accomplishes, it’s that Nailed It needs effort like a cake pop needs a stick.

But still, it’s a fine 12 minutes, with Nicole Byer and Jacques Torres’ humor and playfulness still fully present. And one Queer Eye guy does try and succeed—well, at least by Nailed It’s standards.

Cooking on High is a Netflix low point 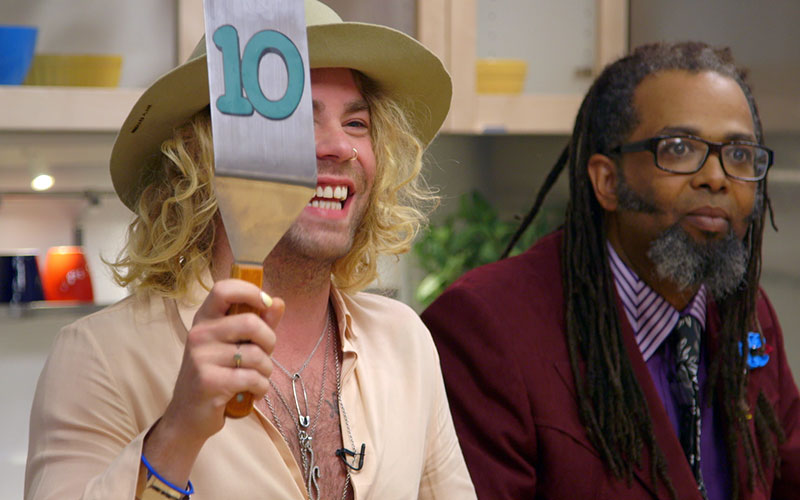 Does a kitchen island count as a set? If so, the set sucks. Collapsing a typical cooking competition studio space into an intimate kitchen seems like an inspired idea, especially when that means everyone is just casually gathered around, cooking with marijuana, as people do.

Congregating around the island are the two contestants; the host, Josh Leyva; an expert and comedian, Ngaio Bealum, who introduces the strain of marijuana (he’s the best part of the show); and a rotating group of guest judges. It’s very crowded.

All of the chefs’ ingredients are on their island (the space is really two kitchen islands pushed together), and they stand next to each other and cook together on one stove, though we don’t actually see much cooking.

But the real problem is that the show imagines that cooking with pot is interesting. It is not.

Usually, the marijuana comes already prepared—cannabis-infused butter or oil, for example. But cannabis-infused oil is still oil, so there’s not much to watching these chefs use that oil in a rather pedestrian dish that fits an unimaginative theme.

Imagine a show called Cooking with Cooking Spray, on which contestants sprayed pans with cooking spray before using them, and you’ve just imagined more entertainment than Cooking on High offers.

The judges take a “THC timeout” after tasting but before judging, which means they’re essentially judging high.

A clever idea, so how is it possible that the judging is boring, too? But it is. Painfully boring. When will this end boring.

Maybe Cooking on High would be more interesting to a viewer who is actually stoned? Or perhaps my expectations are just too high from inhaling way too many wacky challenges on other food reality competitions?