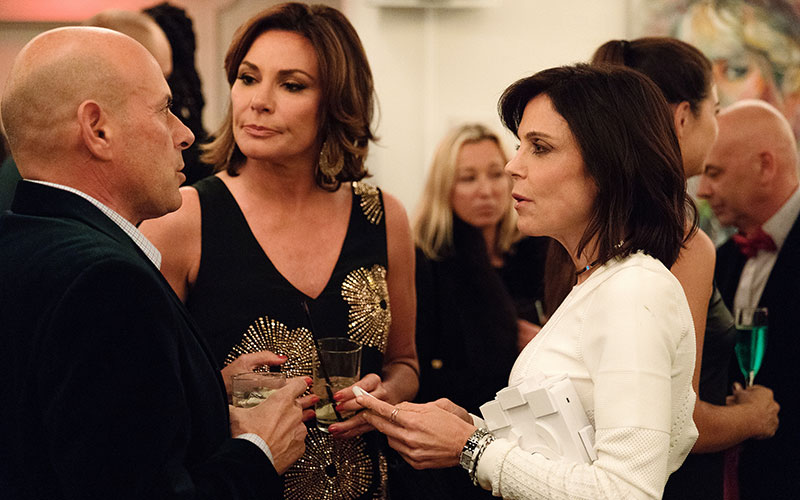 Luann de Lesseps will not be part of the The Real Housewives of New York City season 10 reunion, which is filming today, because she has returned to rehab for help with her use of alcohol.

People attributes this information to Bethenny, because Luann “only authorized costar Bethenny Frankel to speak on her behalf.” So yes, Bethenny is now acting as Luann’s spokesperson, which is quite a development.

“This weekend, Luann was surrounded by her girlfriends and decided—with their support—that in light of recent circumstances, it is the healthiest choice for her not to attend Tuesday’s reunion taping so that she can continue in her healing process. Luann is now surrounded by a core group of people who truly have her best interests at heart and who are working to make sure she gets the help she needs.

Bravo has been very supportive of Luann during this time. It’s a brave and honest decision by her, and everyone is rallying around her and wants the best for her.”

Earlier this year, Luann said during her cabaret show, “Not drinking is exhausting. Getting up at six and going to my meetings and to yoga and then filming Housewives. I’m dead by ten o’ clock. I’m wiped out, I’m exhausted.”

Also possibly exhausting: being sued by your ex and children just a few days after reuniting with them and posting a photo to Instagram saying, “Greatest reunion ever! Wonderful to spend the weekend with the kids and The Count.”

Bravo said it “supports Luann’s decision to focus on her health” and, without any self-awareness, added “we hope everyone will respect her privacy.”

Luann decided to divorce Tom before the last reunion

Speaking of reunions: During the RHONY season nine reunion, Luann defended Tom, as she did back then, but she’s actually already decided to divorce Tom before it filmed.

That was one of many revelations in her interview with Aliza Rosen on the Reality of Reality podcast.

Luann says she and Tom were a perfect match: “We loved to party. I married my enabler.” But she explains that “the final straw” came after a dinner party at their house.

“He wanted to go out, and I was like, No, I don’t want to go out. So he went by himself. And he ran into an old girlfriend, of course,” she said. “He doesn’t come home. I woke up in the morning and he was in bed.”

But she said her daughter told her that Tom’s car wasn’t in the driveway when she arrived at the house early in the morning. “That was it for me. I was like, Okay that’s it. That was, like, the final straw.”

Listen to the whole conversation:

Other things Luann says on the podcast: