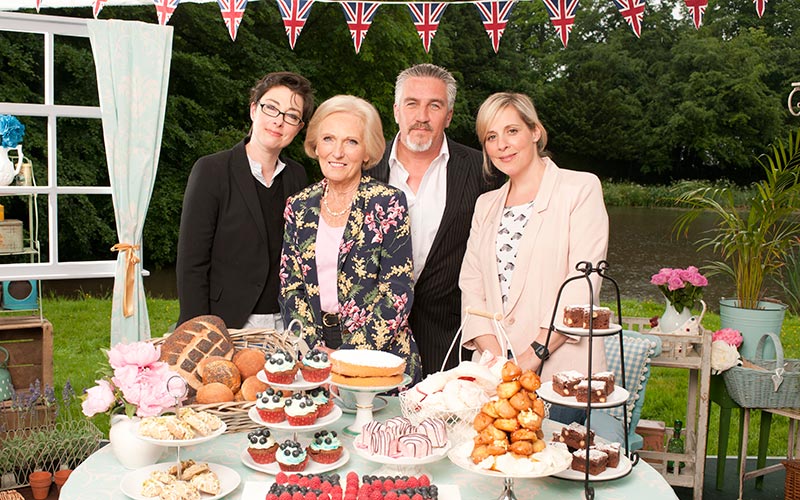 Having aired five of eight GBBO seasons in the U.S., PBS is now done with the series—or will be once its broadcast of season five ends next month.

I asked PBS CEO Paula Kerger this morning at the Television Critics Association press tour about the show’s future, and she eventually said the show is done on PBS, though she’ll “never say never.”

In her answer, she first cited other food television PBS is airing, including Marcus Samuelsson’s show, so I followed up to get a clear answer if there was any chance the new Channel 4 seasons would come to PBS. That’s when she said it was finished.

“As its ended, it’s had a great run on public broadcasting,” she said in answer to another follow-up question. “I really wish it well.”

Kerger said, “I’m always interested in what resonates with the public,” and that when PBS acquired it, “we knew it had been successful in the UK” but “I had no great expectation that it would be as successful” as it became.

Update: From the transcript, here is what Kerger said:

“We’re finishing up our run on Great British Bake Off, and we’re obviously always looking for both baking shows, as well as ongoing cooking shows, as well as shows that really talk about the wider food community. So we’ve just announced Vivian Howard, A Chef’s Life. That series is going to end. She’s going to start a new show for us on public broadcasting. I hope you’ve been watching No Passport Required, with Marcus Samuelsson, which has done extraordinarily well this summer, as yet another way of looking at food. I think food is a powerful thing both from the creation of it, which Great British Bake Off represented. But also the cultural role that food plays, in bringing people together and helping people understand each other through the lens of food.”

After I followed up, she said:

“I never say never, but for right now it’s on commercial television. And that is, by the way, sort of the legacy of public broadcasting, with many things that we have started on public broadcasting that have moved to commercial television. You know, and I look, I believe that if a show finds a good home on a commercial network, that’s okay. We have room to do other things, and we’ll try other things, and if we can get more good TV that goes in different places, I think that’s positive. You can tell I work in public television, really. I am not killing myself now that Great British Bake Off is moving.”