How is BB20’s Tyler Crispen on TKO: Total Knock Out tonight, too?

Big Brother 20 houseguest Tyler Crispen is one of the contestants competing on CBS’ TKO: Total Knock Out, which is airing tonight at 8, right before Big Brother. How can Tyler possibly be on BB20 and TKO at the exact same time?

Tyler’s episode of TKO is titled “Get Some, Goldilocks!”, and CBS says it features a “group of trash-talking competitors.”

The reality game show, which is hosted by Kevin Hart and produced by Survivor creator Mark Burnett, “features one player racing through daunting obstacles while the other contestants are manning battle stations along the course, firing over-the-top projectiles in an attempt to knock them off and slow them down,” according to CBS.

The studio where TKO filmed is located on CBS’ Radford lot, the same place where Big Brother’s soundstage house is located.

But the close proximity has nothing to do with Tyler’s appearance on both shows. 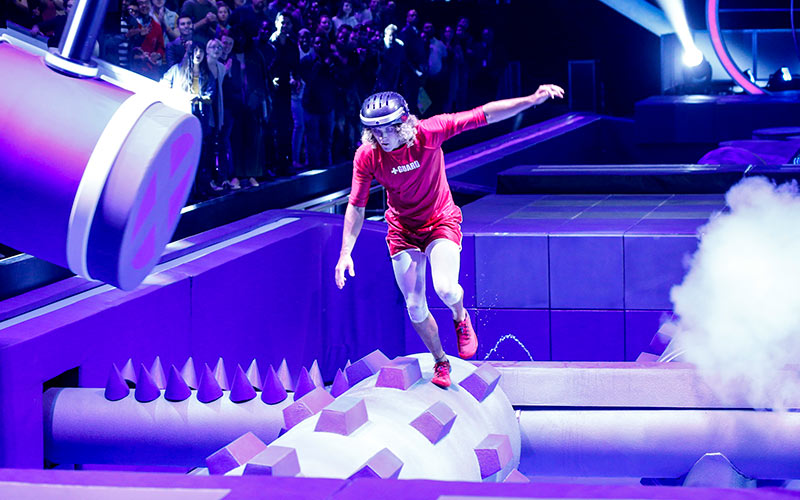 So how is it possible that Tyler will be on two shows at once? Although Big Brother is live, TKO is not:

Audience ticket pages for TKO are now mostly offline, but I found ones that showed tape dates including May 15, May 16, and May 21, and said that it “tapes for FIVE DAYS ONLY.”

While the power of reality TV to put viewers in the moment means that some people still think Survivor contestants leave the island on Wednesday nights, Big Brother adds to such confusion because it actually is happening right now.

Again, though, TKO taped in May, long before Tyler was sequestered.

Four and a half weeks passed between the last known tape date for TKO and BB20’s move-in date, so even if the houseguests were sequestered for two full weeks, Tyler would still have had a 2.5 week buffer in between the two shows.

Why CBS cast Tyler for both shows is perhaps the more interesting question. Was he cast for one and then added to the other? Will this fuel any BB20 conspiracy theories? (Of course it will! It’s Big Brother.)

Cross-over stunts like this get especially confusing for some fans, since one is live and one is not. This happened last year, when Paul Abrahamian appeared on CBS’ game show version of Candy Crush, and confused fans. That episode premiered on a Sunday, immediately following the second Sunday episode of Big Brother 19.