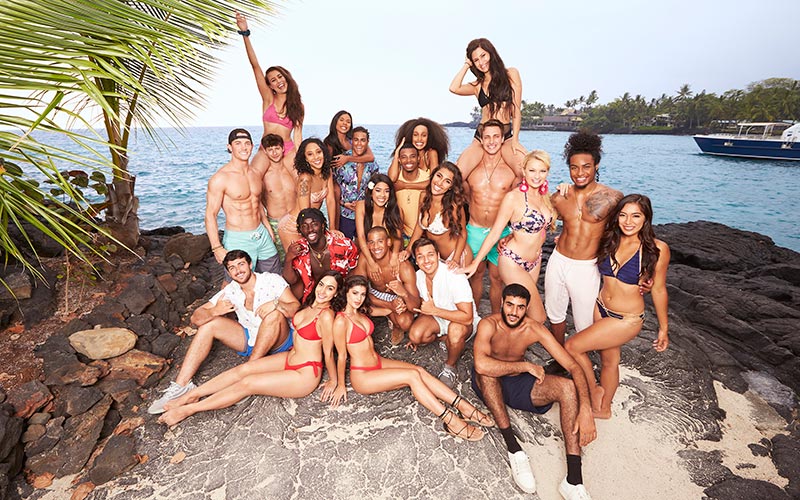 The cast of Are You the One? Season of Fate, which takes dating out of the hands of the cast. (Photo by MTV)

Season seven of MTV’s matchmaking reality series Are You The One? will be known as Are You the One? Season of Fate because it’ll take dating choices away from the contestants.

The show will air Wednesdays at 10 starting Aug. 8, and was filmed in Hawaii. Its maximum prize is once again $1 million—but $1 million split between the cast, which would be a super-cheap $45,454 each for this 22-person season.

MTV’s matchmaking reality series allegedly casts pairs of perfect matches, based on what MTV describes as “a rigorous process carried out by a team of professional matchmakers and psychologists,” but which seems about as rigorous as The Bachelor/ette’s screening process.

Luckily, if no actual perfect matches and relationships come out of the show, it’s introduced a whole group of new cast members for a career of drunken fist fights on The Challenge.

This season, to make extra-sure there’s drama, the network has cast a group of contestants who, MTV says, all “have one thing in common: dysfunctional relationship habits.” They will undoubtedly work on those while drinking.

But the most significant change to the competition is the removal of the contestants’ agency. This time, they won’t be able to choose who they get to know on dates.

“The new Season of Fate will introduce a Fate Button. In previous seasons, the contestants were able to go on dates with the person of their choosing by winning challenges. This time, the Fate Button will determine which couples will go on dates and ultimately play a role in who enters the Truth Booth. Contestants will not only have to surrender to the matchmaking process, but also put their faith in fate to find their perfect match.”

Certainly, that button will be controlled by fate, and not by, say, the heavy hands of producers looking to stoke drama by pairing up people with conflict.

The Are You the One? Season of Fate cast

MTV’s list of the 22 cast members has ages and hometowns, but not job descriptions or anything about them.

Instead, MTV gives us their Instagram handles, so we can see how hot they are and how well they pose for dead-eyed selfies: