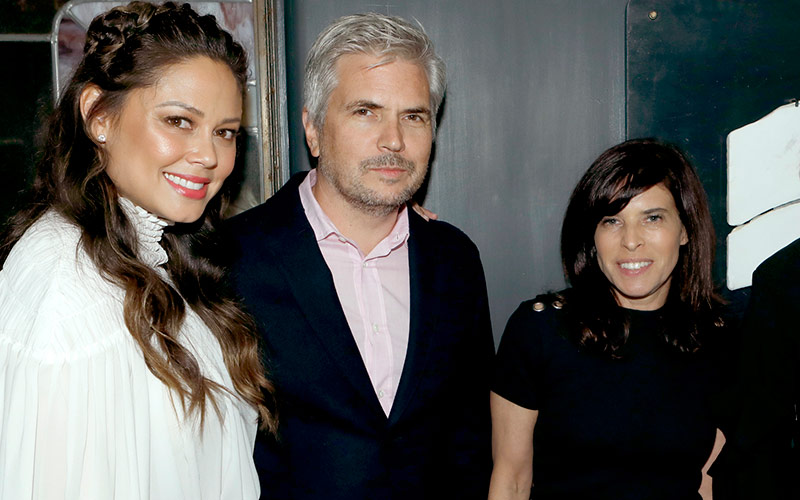 Magical Elves, the production company that created Project Runway and produced it for eight seasons, is returning now that Bravo acquired the rights to the series. But the show’s host, judges, and mentor, including Heidi Klum and Tim Gunn, are not yet on board, I’ve learned.

Bravo announced today that the show is in pre-production and will debut next year. Magical Elves’ Dan Cutforth said in a press release they are “thrilled to return as the producers” and added, “We built the series from the ground up with Bravo and it is part of the DNA of our company.”

And Jane Lispitz said, “Dan and I have always loved Runway so much and we can’t wait to return to it with a renewed creative energy. We are really excited to reflect some of the incredible changes that have happened in the fashion world since we last produced the series.”

Bunim-Murray, the company behind The Real World, produced Runway and its spin-offs for Lifetime since season six. Magical Elves still produce Top Chef for Bravo and Top Chef Junior for Universal Kids, among other shows.

Bravo hasn’t mentioned them once.

That’s because NBCUniversal and Bravo only acquired the format, not the show’s talent. The network does not have deals with them, and if they want them back, they’d have to negotiate new deals, a person with knowledge of the network’s conversations told me.

That doesn’t mean Tim and Heidi won’t return, but there is clearly a possibility the show could move on without one or both of them. The same is true for judges Nina Garcia and Zac Posen.

Bravo exec Shari Levine said in the release that the company “now look[s] forward to beginning the next evolution of the franchise with the team that was so instrumental in developing the format.”

All of this talk in announcements about changing the show—”the next evolution of the franchise”; “a renewed creative energy”; “reboot”—suggests significant changes are ahead, but what those are is not clear.

It could go in an entirely new direction, like American Idol did, or maybe Bravo and Magical Elves will recruit Michael Kors to join Heidi and Nina and return the show to its roots.