The Old Man, as he was called on the show, founded the Pawn Stars shop, World Famous Gold and Silver Pawn Shop, in 1989. He served in the U.S. Navy.

“Today I lost a friend, a father, a teacher and so much more. The Old Man lost his long battle with Parkinson’s this morning. Love you Dad. See you on the other side”

The History Channel said in a statement:

“We are deeply saddened by the loss of our friend Richard ‘The Old Man’ Harrison, a beloved member of the HISTORY and Pawn Stars family. He will be greatly missed for his wisdom and candor. Our thoughts are with the Harrison family during this difficult time.”

The Old Man was a ‘hero’ to his son 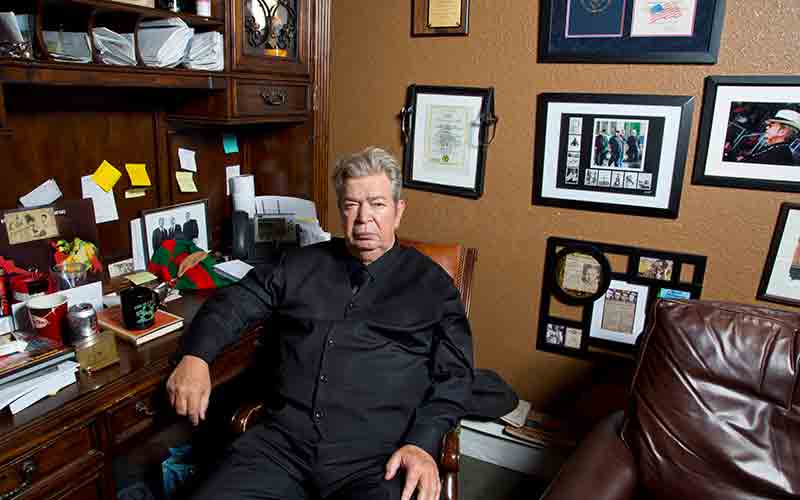 The Old Man has been on Pawn Stars since it debuted in 2009; it aired its 500th episode last year, and is currently airing best-of episodes after airing its 15th season this spring.

In an obituary Rick wrote for his dad in a separate post on Instagram, he notes how he was affected by his father—and how his father affected viewers of the show:

“Richard Benjamin ‘The Old Man’ Harrison passed away this morning surrounded by those he loved. He will be tremendously missed by our family, the team at Gold & Silver Pawn and his many fans the world over. He was my hero and I was fortunate to get a very cool ‘Old Man’ as my dad. That I got to share him with so many others and they got to see what a great family man he was is something I am grateful to have experienced with him. He lived a very full life and through the History television show ‘Pawn Stars’ touched the lives of people all over, teaching them the value of loving your family, hard work and humor. We appreciate everyone’s thoughts and prayers and ask that we are provided some privacy at this time.”

Rick’s 2011 book, License to Pawn, includes this in the chapter written by his dad:

“My role on the show is to be an old grump, and I guess that’s pretty true. Nobody thought Pawn Stars was going to mushroom like it has. We didn’t think so, History didn’t think so. We thought we’d get a couple of years out of it and be happy. But Leftfield Pictures put together a great format, and it works. They’ve done a great job of transferring what we do to television.”