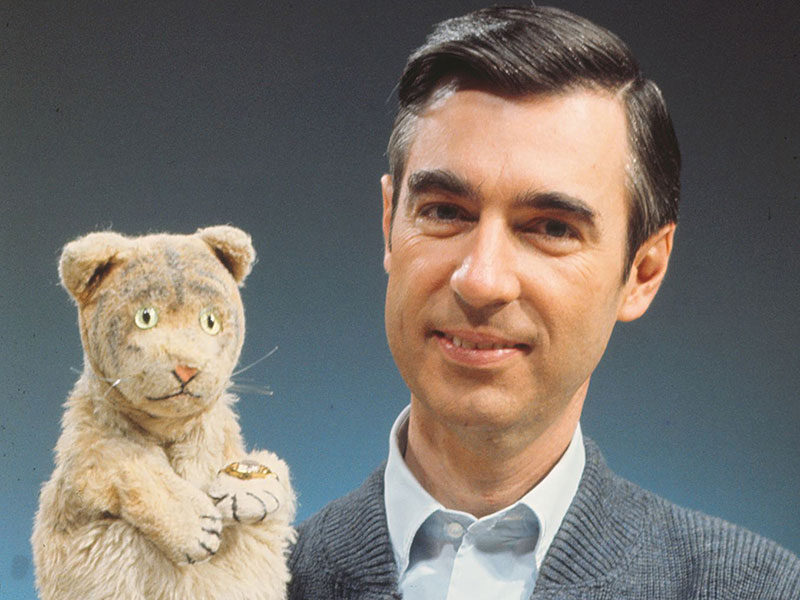 Mister Rogers was my television neighbor. He may have been yours, too, talking to you through the TV set deliberately and kindly on Mister Rogers’ Neighborhood.

The new documentary Won’t You Be My Neighbor is an avalanche of Fred Rogers’ kindness and love, and after it tears down the mountainside, it has stripped away the fluffy cultural cliche and exposed a raw human being underneath. It’s devastating and wonderful.

It’s in theatres starting today, and will expand to more throughout June and July (check theatres).

I saw director Morgan Neville’s film at the Florida Film Festival in April, and after the lights came up and the credits scrolled by, the space was still and quiet. Every single person I saw leaving the theatre had red eyes or was still crying.

That may be nostalgia, or sadness from childhood surfacing after being stirred up for 93 minutes. Or perhaps we’d all just had a rough day.

But for me, it was the shock of learning that the person who I’ve long idealized and idolized was—in ways that I’d never imagined—just like me, and just like all of us.

The film is simple in its presentation and editing, but purposeful in the way it unfolds the story of Mister Rogers and his work. Using interviews with the people who knew him and worked with him, the film peels back layer after layer, revealing more about his philosophy and methods, how he used television to reach kids and be kind.

To be the best he could possibly be.

It’s often funny, and there are behind-the-scenes anecdotes that are surprising. They widen our perspective without changing what we knew to be true about Mister Rogers.

By the end, there’s Fred Rogers, whose intelligence and compassion and creativity allowed him to create one the iconic children’s television program. So did his humanity and vulnerability and loneliness, which is depicted with animated segments featuring a Daniel Striped Tiger-ish character meant to represent Fred.

Our television neighbor isn’t a superhero, but just a person doing his best, whether he’s singing comfort about shower drains, or using puppets to help kids understand death, or telling a gay man that he couldn’t be out and be a cast member on the show.

Yes, Mister Rogers wasn’t perfect, and the documentary doesn’t try to soften his edges as it expands our understanding of how he was.

Above all, it seems honest, about him and his work. It’s both a celebration of everything he brought to several generations of kids and their families, and a lamentation of what the world has lost without him, or without someone like him to take his place.

Fred Rogers is still here—in all his episodes, he’s still with us, 60 years later—but it also feels like there’s an empty space.

Slipping into that void—and mentioned briefly but so, so effectively in the documentary—are the hot, contrarian takes, including op-eds and cable news blaming Mister Rogers. They actually argue that he was the problem, not that absence of more people like him, or the failure of his television neighbors to truly live up to his example.

I think my heartache and despair at the conclusion of the film was a sense that, by not always leading with kindness and love in my life and work, I’ve disappointed Mister Rogers, a person I never met but absolutely had a relationship with.

He was my friend when I didn’t have other friends, and now I’ve failed him.

As I wrote those last two paragraphs, I knew better than to go down the drain of self-judgment, because Mister Rogers was never trying to shame his audience into submission. As I wrote it, this is what floated into my head.

It’s a remnant of all those mornings in the 1980s, sitting on shaggy green carpeting and watching Mister Rogers, and a reminder of what Fred Rogers really thought about someone he even never met: