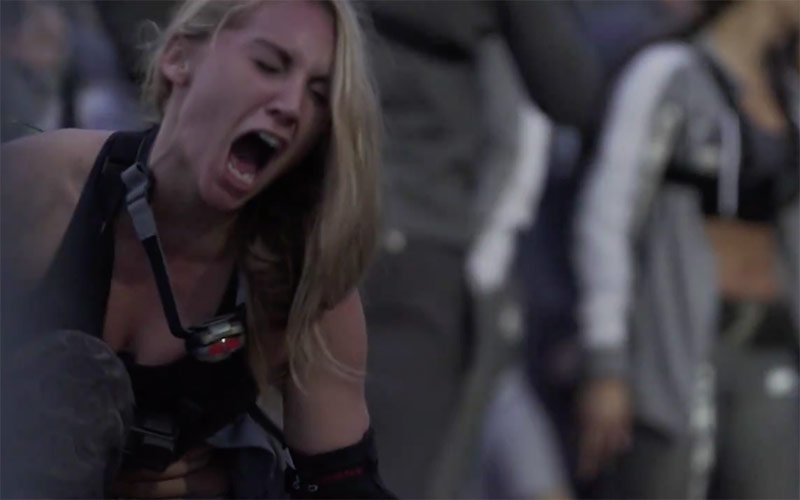 An image from The Challenge: Final Reckoning's teaser trailer

The Challenge season 32 now has a title and an air date: The Challenge: Final Reckoning will premiere July 10, airing in its usual Tuesdays at 9 timeslot. Its cast includes the usual MTV characters, and also people from Big Brother and Vanderpump Rules, among other reality shows, thanks in part to last season’s twist and casting. The season has also been spoiled.

MTV’s announcement for the next season of The Challenge said that it “marks the conclusion of the series trilogy,” though the word “trilogy” was on the next line I momentarily thought it was the series finale.

But that’s unlikely for a show that, as MTV points out, “is the #1 unscripted cable series on Tuesdays and is a top 10 unscripted property on all of cable” among people who watch live or within three days on their DVRs.

Here’s how MTV describes the season:

“The newest installation travels players to South Africa to face the consequences of their actions from the past two seasons. All of the recent betrayals, regrets and wrongdoings will rise to the surface as the competitors pair-off for their fiercest vendetta yet.  Will they be able to put aside their issues, settle the score and work together to take home the $1 million prize?”

The cast of The Challenge: Final Reckoning

The cast will be paired into teams of two, according to cast spoilers by reliable Vevmo poster PinkRose, who also spoiled the results of the competition.

MTV’s list only includes 29 cast members—which, of course, doesn’t work for pairs. Vevmo’s list includes 30, if you want to know the 30th’s identity before MTV decides to reveal that.

For now, here’s MTV’s list of the 29 cast members, which includes the networks’ descriptions of each cast members—i.e. the storyline they want you to focus on this season:

Amanda is an Are You the One? alum who never backs down from a fight, no matter who it’s with.

Ex on the Beach’s Angela is an unusual mix of tough and sensitive. But in a game that’s known for preying on people’s weaknesses, she’ll definitely need to kill her sensitive side and be tough as nails.

Last season on Vendettas, Brad didn’t win it all, but he found love with Britni. A proud father of two boys, Brad needs a W more than ever in order to make life better for his little ones.

Britni is free spirited and always down for a good time. Even though she’s aligned herself to her veteran boyfriend Brad, Britni wants to be known for her athleticism and has spent the offseason training for battle.

Vendettas champion Cara Maria is one of the most accomplished veterans of all time, with multiple The Challenge wins under her belt.

A rookie this season, Chuck is a model who recently recovered from a cliff diving accident that nearly led to a leg amputation.

Multiple The Challenge wins, fearsome elimination performances, legendary fights and a distinctive mumble are what make Boston’s own CT one of the most legendary characters to ever grace The Challenge.

A Big Brother alum, Da’Vonne is sassy, manipulative and not afraid of anyone. She’s a proud mama bear to a daughter, so winning would be great for the family.

Derrick’s rookie run on Dirty 30 ended almost immediately, whereas his girlfriend at the time, Tori, made it to a Final and dumped him for the season’s 1st place winner: Jordan.

More than just a pretty face, Faith was an accomplished collegiate athlete, spent six years in the US Army, and is a veteran of Vanderpump Rules and Ex on the Beach.

Southern sass queen Jemmye is a social media consultant and the owner of an online boutique, but what she really loves more than anything is gossip, jokes and drama.

Jenna is thrilled to be dating Zach again and has visions of the two of them making the Final together. Making the Final is nothing new to her – what would be new is actually winning one.

With the most Challenge wins in history, Bananas hopes to dodge the usual arrows that get fired at the king from all sides. Bananas hasn’t won a season since stealing all the money from his Rivals III partner Sarah – and some might say he’s been cursed.

As a British model and Instagram star, Joss is hotter than a volcano, and he made quite the impression on the ladies during his rookie season on Vendettas.

Manipulation and survival are two skills Jozea learned on Big Brother and then honed on Champs vs. Stars. He hopes to win it all so he can invest money in his music career.

Kam has jokes for days and enough swag to make a queen jealous. A cutthroat political strategist, she is also a ferocious elimination competitor, entering this season undefeated in that arena.

Kailah’s polarizing personality and fearless game moves often rub people the wrong way. Despite that, she managed to make the Final onVendettas but was devastated with her fourth place showing.

Last season on Vendettas, Kayleigh got swept up in a dangerous love triangle with Bananas and Nelson, which led to a group of girls throwing her suitcase off a balcony and Kayleigh quitting the game.

This hard-partying ladies’ man started his The Challenge career on Vendettas and made it all the way to the Final, where he placed third.

Marie is fiercely loyal, so she tries to protect everyone. Unfortunately, this sometimes means she doesn’t look out for herself first, and often plays a scattered, emotional game as a result.

Former pageant queen Melissa is a carefree party girl and DJ, who loves to flirt and socialize. However, she also has a nasty streak, which everyone discovered on Vendettas when she went toe-to-toe with Kam.

Natalie is a woman who stole Bananas’ heart on Vendettas, but she made a lot of enemies along the way and constantly battles a reputation for fakeness.

Nelson is the king of “almost” – he came in second place on Invasion and often leaves shortly before Finals.

Paulie is brash and loud, speaking his mind at all times no matter who hears him. This Big Brother villain thrives off his reputation for pissing people off and coming for the veterans’ throats.

Shane has a hot temper and a penchant for drama. His skills are politics and water challenges, but sometimes he stirs the pot to the point where it boils over.

If you want to get married in style, consult Sylvia, who loves her job as a wedding planner. Last season a medical situation sent her home early.

After an impressive rookie season where she took home third place, Tori is back — this time to take home the crown.

Veronica was a standout in the early days of The Challenge, earning multiple titles. However, some people wonder if her fire still burns brightly enough to win, or if she’s just coasting.

Zach is a champion who got second place last season, but as we all know, second place is never enough when you’re a winner.