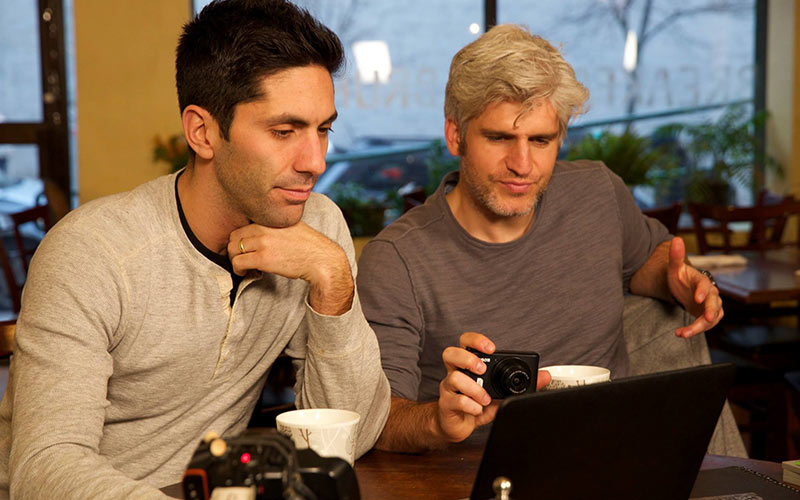 Nev and Max investigating on Catfish, which will resume production. (Photo by MTV)

A month after MTV halted production on Catfish, the show is resuming filming. MTV says an “independent investigator” decided that a former cast member’s claims were “not credible and without merit.”

Earlier this month, the cast member, Ayissha Morgan, told The Blast she’d filed two police reports with the with the Special Crimes Division of the Houston Police Department.

In a statement to Deadline, MTV said:

“Although we never received a formal complaint, MTV and Critical Content immediately engaged an independent third party investigator. The independent investigator found the allegations made in the YouTube videos to be not credible and without merit. Given the results of the investigation, Catfish will resume filming. We take these matters very seriously and are committed to providing a safe working environment.”

“I am overwhelmed by all of the love. There simply aren’t words for how I feel. A huge thank you to all of my friends, family and especially my fans for your support through this difficult time. Tremendous gratitude to MTV for handing the situation properly and standing up for the truth. Excited to get back to work!”

The statement from MTV doesn’t mention which “allegations” were investigated, but only one of cast member Ayissha Morgan’s claims are mentioned in most of the coverage.

EW, Cinema Blend, and The Independent mention both claims, though they all focus on the first, about Nev.

But most of the stories I read—Deadline, People, Hollywood Reporter, Vulture, Us Weekly, The Wrap, NME, Digital Spy—focus on claims against Nev and completely ignore the far more damning claims about the crew member.

Nev is the face of the series, but again, the cast member didn’t suggest he assaulted her. She did suggest that a crew member assaulted her.

Perhaps MTV’s independent investigator looked into that, too.

But by focusing only on the celebrity angle, these publications are missing at least half of the story.`