How Alone’s all-star contestants and location were chosen, and more behind-the-scenes details

History’s Alone returns tonight for season five, which brings back people who’ve previously participated in the survival challenge. They’ll compete to outlast each other in Mongolia, a new location for the series.

To learn more about this season, and about some behind-the-scenes details, I again talked to Shawn Witt, Leftfield Pictures’ co-president and an Alone executive producer.

We talked about choosing locations, how the all-star contestants were chosen, and more.

I previously interviewed Witt about season four, which had pairs of people competing together. Read that interview to learn about things like Alone’s medical checks and evacuations, and how it’s filmed.

How the returning contestants were chosen

This season began with discussions about having an all-winner season.

The problem: “The math didn’t add up there,” Witt said. The same was true of a season with just runners-up, because there are only four of each. “That’s how it evolved into fan favorites.”

The contestants weren’t chosen randomly. “We didn’t want to be in a situation where were just arbitrarily picking people ourselves, so we dove into all of the social and research feedback that History had done across Twitter, Facebook, all the chatter,” he said.

The production “really identified those characters who were most polarizing to viewers: people who were runners-up, people who had serious injuries that were pulled out. Even in season four, with the pairs, somebody who missed out on the experience because their partner tapped out or was injured early. We really looked at those,” Witt told me.

I asked if “polarizing” meant that research showed viewers despised a particular contestant, and the answer was no.

“Thinking about all the seasons of Alone, I can’t really think of one character who was just loathed by the viewers,” he said. The casting for this series has never really turned up people like that, from what I can recall.”

Why the show returned to its original format

Last August, Witt told me that casting pairs of contestants was a one-time twist, and the show obviously has reverted to its regular format for season five.

“There was never an intent to deviate from the original format outside of season four,” he said. “That was what [the network] chose to do for season four. … They’re always looking for a hook.”

He added that “even if season four had done fantastic in the ratings, I still don’t think they would have done pairs just because I think they always believed that individuals participating in the series was the best way to go. This was just a one-off thing to try.”

And the History Channel and the show’s producers may try other twists on the format. “It doesn’t mean in the future, there won’t be other things like that they explore,” he said.

How locations are chosen, including Mongolia 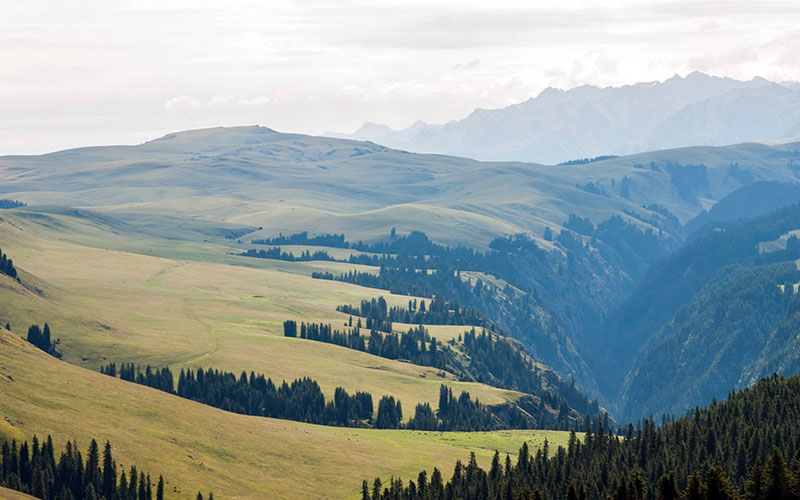 Mongolia, the setting for Alone season 5 on History. (Photo by Jeremy Cai/ Unsplash)

Witt told me that the series’ “biggest challenge” is “finding a location,” which is includes “the amount of land we need, because the plots of land each of these participants has is significant, and we also separate them by a significant amount of land so there’s no way they’ll come in contact with each other.”

Locations also need more than just space. Some locations have the land but not resources, such as fresh water or edible plants.

For example, the production would love to film in Transylvania, but “every time we’ve scouted it, it just does not have any of the resources or the land,” Witt said.

During pre-production, the team narrows a list of possibilities to three or four locations, and then “we do a pretty aggressive scout using fixers who can feed us a lot of information about the resources,” he said.

That includes finding out critical information, like whether or not there might be hunting and fishing restrictions based on the time of year.

That process narrows the list to two locations, and the production—including survival experts, executive producers, and production management—go check them out.

One practical concern is the location of the “production hub”: the crew’s base camp.

In Vancouver Island, Witt told me, “We had the luxury of cabins our production crew could stay in that had wifi access. It would be a 15-minute boat ride to where the closest participant was, but we still had that infrastructure—we still had power and running water.”

“It was our most expensive season to date for all of those reasons, and just logistically very challenging.”

Among the challenges: “a local wild cow ran into our craft services tent and was eating Pringles, and knocked the whole thing over. It was definitely a wild experience for the production as well as for the participants.”

But the challenge, he thinks, was worth it for what ends up on screen. “It feels so much different than Vancouver Island and even Patagonia,” Witt said.

How far apart are Alone’s participants?

In Mongolia, the contestants each had about five square miles to themselves.

That doesn’t include the buffer between their plot and other contestants’ space.

There was at least four miles between the participants’ plots of land.

How producers plan for a show with no time limit

Alone is distinct in part because it’s a competition without any sort of time limit. Alone’s participants are trying to outlast each other, and that means the show could technically go on indefinitely.

So I wondered if the production chose locations that are very challenging, making it impossible to survive, alone, for extended periods of time, in order to prevent one season from dragging on for years and years.

Witt told me that, in fact, the opposite was true: “We were trying to put people in situations that would, in fact, let them last longer.” 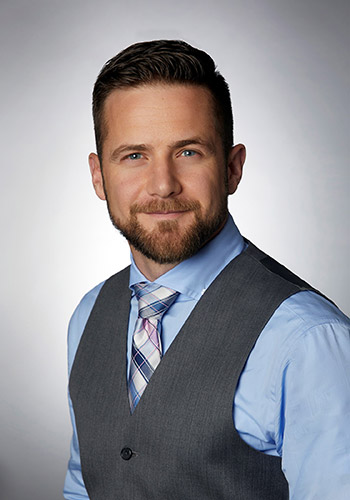 When the show was just a concept, Witt said one of the working titles was “Survival 365,” because “there was a hope and a belief that with the right resources … they could survive for up to a year.”

“Believe it or not, season one, the network budgeted for a year, and we came nowhere close to having people out there for a year. That was the initial goal,” Witt told me.

“We were actually trying to find ways—and assume they could—for people to last as long as possible. Not to save money and make it so difficult that they could not. I think one of the big concerns was: what if people are gone in three weeks? Will we have enough content for 10 episodes?”

Instead, in season one, people started tapping out much more rapidly than the production expected: six contestants tapped out within the first eight days.

“I remember how freaked out we were when we got consecutive phone calls over the course of two days when three people had tapped out,” he said. He immediately got on a plane to Vancouver Island “because we were really worried that the season and the whole show were going to fall apart and we weren’t going to be able to make it.”

They did: the next person to drop out lasted 39 days, and the winner, Alan Kay, eventually survived for 56 days.

“We’ve always picked locations that are not so extreme that it would ruin our ability to make a show. And safety as well: We don’t want to put people in a situation where they’re not only trying to survive, they’re trying to not die by extreme predators or weather or something,” Witt said.

Will there be an Alone season 6?

It’s in development now, so probably, yes, there will be a season six.