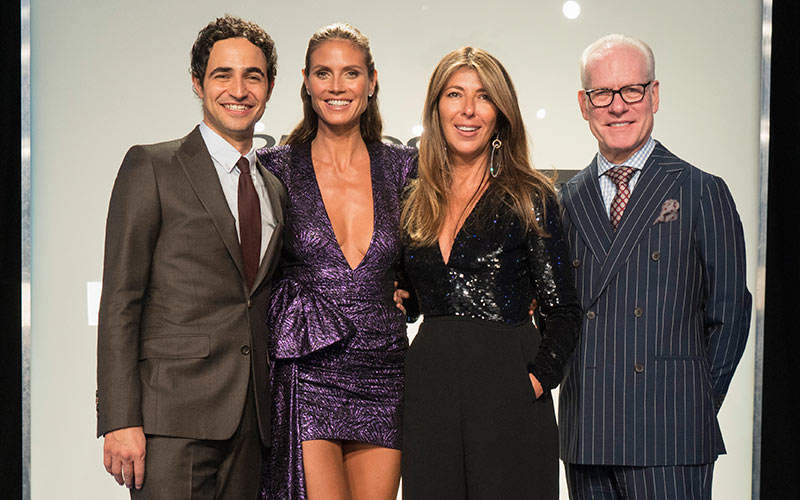 Project Runway season 17 will air on Bravo, which has bought the rights to the show from The Weinstein  Company as part of its bankruptcy, and thus taken the show away from Lifetime, where it’s aired since its sixth season in 2009. Andy Cohen made the announcement at NBCUniversal’s cable networks’ upfront presentation this morning.

There are mentions of a “reboot” and a desire to “reinvigorate the series” as it makes the move back, so it seems like the show could change, perhaps significantly.

The executive who oversees all of NBCUniversal’s lifestyle networks, Frances Berwick, said in a press release:

“We are beyond excited to reboot Project Runway at the network where it all began. Leaning into the creative process in an entertaining way has always been part of Bravo’s DNA, and Project Runway perfectly captures that. This franchise will be an important cornerstone to complement Bravo’s original premium and unscripted slate, and we expect it to drive the same level of fan-dom and passion as we experienced last time it was on Bravo.”

NBCU says that this happened  “through an agreement between Bravo Media LLC and Lantern Entertainment LLC, whose bid to acquire the assets of The Weinstein Company was approved by the Delaware bankrupcy court on May 8. The deal is subject to Lantern closing that acquisition.”

The bankruptcy and sale of the Weinstein Company’s assets happened, of course, because of revelations of Harvey Weinstein’s repeated sexual harassment; he was an executive producer on Project Runway, but was removed from the credits after he was removed from his position at the company.

“As we anticipate formally completing the acquisition process, the opportunity to return ‘Project Runway’ to its original home at Bravo and foster a long-term and productive partnership with NBCUniversal Cable Entertainment is an exciting first step for Lantern Entertainment. We share Bravo’s enthusiasm to reinvigorate the series and are incredibly grateful for everyone who has had a hand in making ‘Project Runway’ the flagship franchise that it is today.”

What will happen with Project Runway season 17?

Beyond the mention of the “reboot,” it’s not yet clear what affect, if any, this will have on the production itself—its judges, its host Heidi Klum, and its co-host and mentor Tim Gunn.

Will the show’s original production company, Magical Elves, return and replace Bunim-Murray as producers? There’s no Magical Elves’ Dan Cutforth and Jane Lipsitz exited as producers when the show moved from Bravo to Lifetime.

In 2008, The Weinstein Company’s Harvey Weinstein, who owned Project Runway and its format, took the show to Lifetime, in part because of irritation over Bravo’s copying of the format, which even prompted a lawsuit. NBC sued to try to keep the show but eventually lost.

The Lifetime version kept the same format but felt boring and lifeless to me, and I stopped watching. But it eventually forged a new path that held on to the show’s core but innovated around the edges. As a result, the show has been quite strong in recent years, though with some notable missteps.