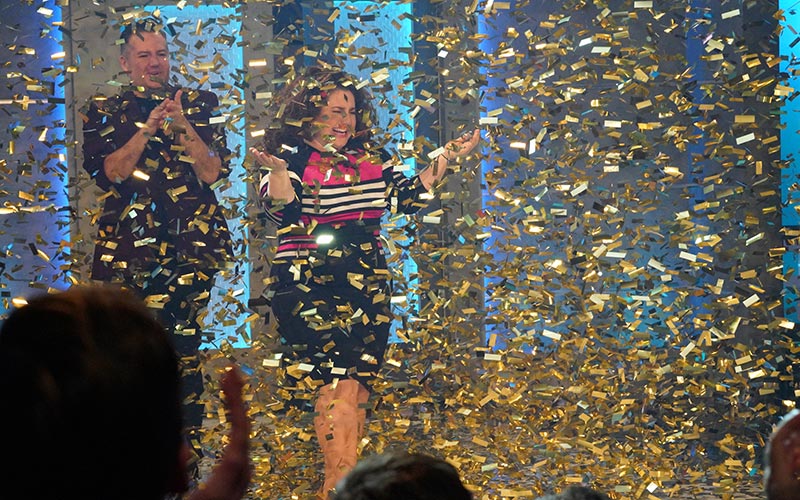 CBS has renewed Celebrity Big Brother for a second season, which will air during the 2018-2019 television season. How long it will last and when it will air? CBS hasn’t said yet.

Earlier this year, Celebrity Big Brother’s first season had 13 episodes that aired in less than three weeks. CBS scheduled the season opposite the Winter Olympics.

Deadline reported that “CBS would not specify whether it would air during the regular 2018-19 season but another winter run is the assumption.”

NBC has ordered a special season of America’s Got Talent to air in the winter, so it’s possible those shows could air at similar times, or even compete.

More details may come later this week, when CBS has its upfront presentation for advertisers.

While NBC’s broadcast of the Winter Olympics dominated in the ratings, Celebrity Big Brother was consistently one of the top non-Olympics shows, and easily a top-20 series  among young viewers and total viewers. (See ratings for Feb. 5 to 11, Feb. 12 to 18, and Feb. 19 to 25).

The show was mostly able to draw “celebrities” who’d previously participated in other celebrity-themed reality series, though that cast did show up to play. Marisa Jaret Winokur won the competition, and Omarosa won by generating headlines for CBS by talking about her time in Donald Trump’s White House, even if she said very little of substance.