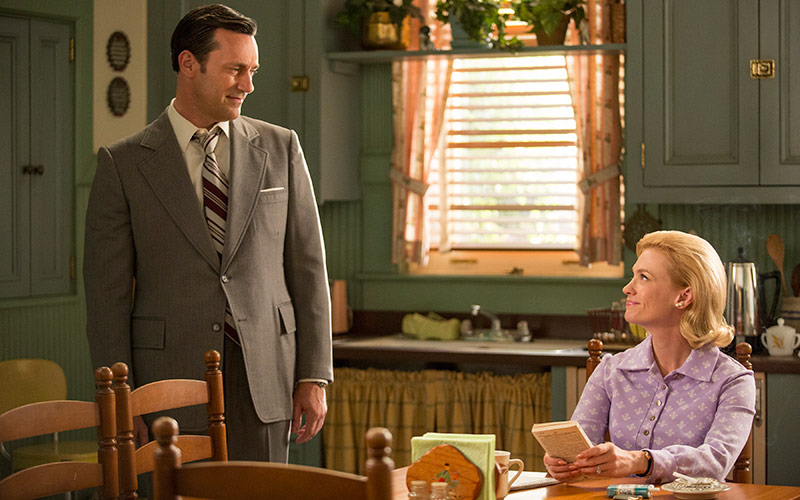 Bravo announced eight new reality shows that it has in development, and the big surprise is that they’re not just all Real Housewives clones—and the one show that has The Real Housewives in the title offers a twist that brings back a core element of a fantastic 2000s reality series and a hit drama.

The new series, which are unrelated to the 23 shows Bravo renewed or ordered last month, are different than the usual Bravo fare, suggesting the network is looking to move outside of the rut it’s dug for itself for years now. (That said, not all the shows are different: Flying High just sounds like Below Deck on a private jet, for example.)

“We’re testing unexpected environments and loud formats that aim to attract a wide audience while staying true to what makes Bravo so distinct,” Bravo SVP of development Rachel Smith said in the press release.

The show I’m most excited about is Real Housewives of the 1960s, which will take “modern women” and have them live in the Mad Men era, a time of rampant sexism and rigid gender roles.

The cast members—who will be “women and their families—will live “in a cul-de-sac of authentic Sixties homes,” according to Bravo, which said they “will discover if more time spent together, traditional husband and wife roles, and no digital distractions might actually improve their chaotic lives and even fix their relationships.”

That’s concerning, but the show is produced by Wall to Wall productions, which recently produced a similar series, Victorian Slum House, and also produced Manor House, Frontier House, and Colonial House. Those shows took people and families and had them live in a particular period of time, from clothing to household chores, and did so thoughtfully, always making sure the participants had a voice about their discomfort with their roles.

I’m curious if the format will resemble those previous shows, which is to say: I wonder how much it’ll be Bravo-ized. I’m also thrilled that a network is taking on this format, and am surprised it took this long. (During the Downton Abbey era, I argued that Manor House should have returned, taking advantage of fascination with that time period.)

Also of interest in the announcement: Dhani Jones will take Bravo celebrities and others out of their comfort zones in Pampered Campers, which sounds a lot like a Bravo version of Running Wild with Bear Grylls.

Here are the eight series the network is developing, from its press release, which notes that these are all working titles that could change:

Produced by Monkey with Will Macdonald and David Granger serving as executive producers.

In the bustling island city of Hong Kong, 1 in 7 people are millionaires, and this group of American friends saw the chance to find their own success by capitalizing on the city’s booming nightlife scene. When they aren’t making money owning bars and serving cocktails, they’re spending it on wild parties or island hopping. This docuseries follows these nightlife power players as they attempt to grow their own empires in Asia. They must master a new foreign way of life, all while trying to maintain friendships, love, and their status in an ultra-cutthroat industry. Taking life-changing risks is never easy, but for these expats, it means achieving their American Dream abroad.

This hilarious new docu-comedy series follows mega-radio personality DJ Envy, host of the hit syndicated radio show “The Breakfast Club,” and his gorgeous wife Gia as they attempt to balance their chaotic lives. With a crazy crew of staff, friends, extended family and the daily demands of raising five (and counting) opinionated kids, the couple works to keep up the street-cred that has made them a household name.

Bravo is redefining the prank show by making it a laugh-out-loud family affair. In each episode, families will compete against each other in a series of embarrassing, awkward and hilarious pranks they’ve come up with themselves–specifically designed to torture their kin. The family member willing to take it the furthest, wins. On this show, we aren’t solving family problems; we’re creating them.

Teaching the rich, spoiled, and famous isn’t easy, but somebody’s got to do it. “Beverly Hills Driving School” follows LA’s premiere driving instructors as they attempt to teach some of the most challenged drivers preparing for the DMV and the 405. From getting their first driver’s license at 30, to learning to drive stick for their new expensive car and everything in between it’s sure to be a bumpy ride with this crew!

Pampered, high-fashioned celebrities and Bravo-lebrities are forced out of their champagne bubble when former NFL baller and outdoor enthusiast, Dhani Jones, takes them on an incredible wilderness adventure that’s anything but posh. They’ll climb rugged mountains, traverse rivers, rappel down waterfalls and push themselves way out of their comfort zones. In the end, they’ll either swear off the wild forever, or start a lifelong love affair with the great outdoors.

Produced by Wall to Wall with Leanne Klein and Rob Whiteserving as executive producer.

In this imaginative docu-series, a cast of modern women will be sent back to the 1960s to experience the ultimate era of the American Housewife. Living in a cul-de-sac of authentic Sixties homes, these women and their families will be transported back into a traditional decade where men made the money, women made the home, and teenagers actually did as they were told. In living through the ‘golden age’ of Sixties family life, the cast will discover if more time spent together, traditional husband and wife roles, and no digital distractions might actually improve their chaotic lives and even fix their relationships.

“Will You Marry Us”

Inspired by Ravi Patel’s Emmy-award winning documentary, “Meet the Patels,” five lifelong friends are gearing up for their own globetrotting journey to find everlasting love. In this compelling social experiment, the Philadelphia-based singles embark on a cross-continental search to meet their perfect match using age-old arranged marriage techniques and surrendering complete control of their dating lives to their larger-than-life and opinionated loved ones.

Set in the air on a multi-million dollar private jet, this occu-series takes luxury and drama to new heights as upstairs and downstairs worlds collide at 45,000 feet. These sassy, yet compliant, Pilots and Flight Attendants cater to their real life jet-set guests ranging from rambunctious rappers with their entourages, to over-the-top couples with pampered poodles. But the job doesn’t end when they touch down at various tropical destinations, the crew remains on-call 24/7 to either fill any requests or get the G4 back in the air at a moment’s notice.