Alone season five is returning to the show’s original format, with contestants stranded alone and having to survive while filming themselves, but those contestants will be familiar: the show is bringing back former cast members to compete again.

This new all-star season will debut June 14, and was filmed in Northern Mongolia, which History says has “brutal, subzero temperatures” and “deadly predators.”

The male and female contestants will be alone, not with partners, as the press release promises “the ten survivalists will be separated by miles.” (Season four stranded people with partners, essentially negating its own title.)

The cast members are:

Read my interview with one of the show’s executive producers, Shawn Witt, who talked about the changes made in season four, responding to criticism from fans, and other behind-the-scenes details. 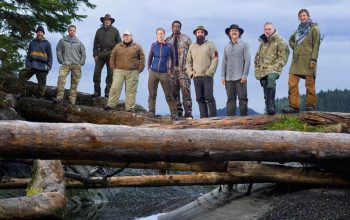 The second-season cast of History’s Alone. (Photo by Brendan Meadows/History)

Here’s the full description from History about this new season:

Dropped off in Northern Mongolia, the most remote location yet, the ten survivalists will be separated by miles and endure brutal, subzero temperatures, deadly predators and punishing isolation, as they push themselves once more to their limits.

After coming up short in their respective seasons, these men and women have even greater motivations and well-planned strategies for survival. They must build their own shelters, hunt their own food, and overcome numerous deadly obstacles—such as the venomous Siberian Pit Viper and feral wolves—if they want to be the last person standing.

With ten survival tools each, enough camera gear to self-document their experiences and a cash prize of $500,000 on the line, season five will bring higher stakes, impressive levels of ingenuity and a greater desire to succeed than ever before. No camera crew. No gimmicks. ‘Alone’ is the utmost test of human will and fierce determination to overcome the elements. This season, who will have the strength to endure the longest and win the ultimate prize?”