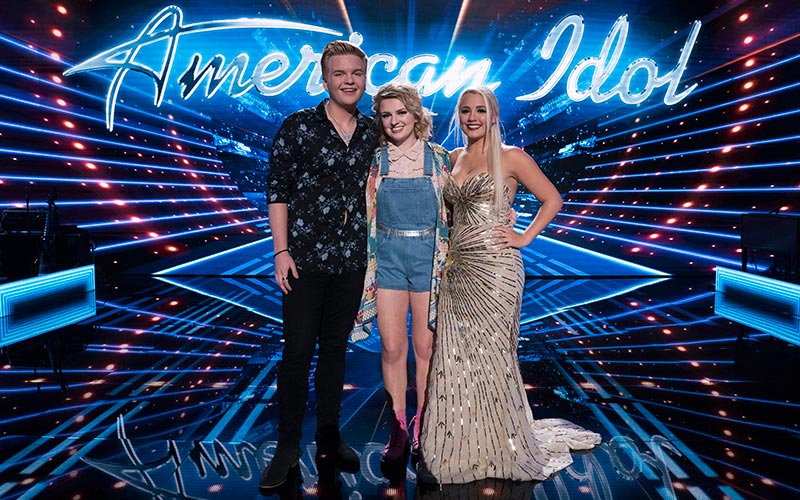 When ABC announced the return of American Idol a little more than a year ago, I could not have been less excited. The show wore out its welcome in its final years on Fox, wasting time while failing to produce memorable singers, and I couldn’t imagine why we needed it back.

Everything that followed—from ABC’s decision to hire Katy Perry as its first judge (another big-name pop star, really?) to the first audition episode (more mocking of bad singers, really?)—didn’t significantly change my mind.

It just confirmed to me that the show was both unnecessary and just following a predictable path.

Before the show returned, Vulture’s Joe Adalian said on KCRW’s ScreenGrab that “there’s absolutely nothing about bringing back American Idol two years after it aired on Fox that screams innovation.”

But the surprise of American Idol 2018 edition is that it was innovative—not wildly, not in such a way that it became a new show—but more than enough to make it television worth watching again. It continually revealed itself to be more than I expected.

Instead of becoming bigger, broader, louder, and dumber, Idol pulled in and became more intimate. That meant doubling-down on its strengths: its contestants, their performances, and their experience on the very show we’re watching.

The new duets round was the best example of the change. Duets aren’t new on signing competitions, but pairing the contestants with well-known singers and having them perform together resulted in some rather memorable performances.

The production design remains top-notch, and the new LED screen of a set corrals the audience (which is no longer as obnoxious) and transforms the space from one performance to the next. It always keeps the performer front and center, though.

There’s less of a heavy producer hand this season, not to say that it’s not heavily produced. It just doesn’t feel like the Nigel Lythgoe years when the show made it evident who we should like and who we should ignore. Perhaps that’s because the accelerated format hasn’t always had time for as many get-to-know-you story packages with the contestants, instead spending more time on their prep for the songs.

The judges have sometimes been too hesitant, especially when giving critical feedback (though not during the finale: Katy Perry called the first round with their original songs “a disaster”).

Ultimately, though, the judges seem to be more concerned with actually helping and mentoring the contestants. They’re not telling viewers who to keep; they’re not making it about themselves.

Their advice often seems to be aimed at the next stage—not commentary on the present moment, but counsel on what the contestants should do in their careers next, whether that’s next episode or after they’re eliminated or both. Lionel Richie has been doing this since the auditions, looking to protect the contestants, even from the very show that pays him.

Fox dropped American Idol because it was too expensive and its producers wouldn’t make changes. I don’t know what changes Fox wanted, but ABC and Fremantle definitely made changes this season. After the auditions, every part of the competition felt new, or at least so refreshed it barely resembled its old Fox self.

The most noticeable change, and perhaps most consequential one, was the accelerated format.

There were less than three months from start to finish. It was so, so refreshing to not have it stretched so thin that it just disintegrates, or stuffed with so much filler it takes lots of fast-forwarding to find the actual content. I hope that doesn’t change for season two.

Still, the rush of the format—especially during the live shows, in which people performed and then were cut in the same episode—may have introduced new problems.

The show started with a diverse and deep talent pool only to end up with a final three of all-white, all-blonde, all-country singers after Idol voters systematically eliminated all of the people of color.

It’s also unsettling that ABC brushed aside allegations about its host’s behavior, and feels comfortable enough with his disturbing on-screen behavior to re-hire him for another season. (If American Idol can work without Simon Cowell, it can work without Ryan Seacrest.)

So, yes, there’s room to improve next season.

But I’m glad there will be a next season, which is not something I would have thought I’d ever say. American Idol is back, and is once again adding something to reality television.