In Trading Spaces’ premiere, Doug, Hildi, and Paige brought the original series back to life

There are so many things that could have gone wrong with the reboot of Trading Spaces, but none of them materialized, and TLC brought back pretty much the same show I fell in love with 18 years ago.

Structurally, the show was nearly identical, from the key swap to the reveal, and the production adhered to the original format about as well as hay glued to walls. From the synthesizer-y music to the high-speed footage showing us the load-out and load-in, it all felt comfortable and familiar.

Of course there were things stapled to walls, and work that was half-assed, and some minor drama, but nothing on tonight’s premiere would have felt out of place around 2002 and 2003, when the show was at its creative peak.

The first episode brought in Doug Wilson and Hildi Santo-Tomas, perhaps the designers most responsible for extreme, cry-inducing designs.

Yet both showed some restraint, and so did the show itself. Considering all of the ways reality TV has been stretched and changed and altered in the intervening years, Trading Spaces demonstrated that you can return to the original form, and creating cable reality television doesn’t require staging scenes and creating phony messes in post-production.

The biggest change came in the form of product integration. “Behold! The Wayfair pop-up shop!” Paige told the homeowners, showing them some stuff that had been set up on a driveway. “Whatever you choose, Hildi has to use in the room. You don’t want to sabotage her, obviously,” Paige said.

I didn’t mind the advertising (which provides revenue to fund the production), and the items the homeowners chose actually worked really well in their respective rooms. But it was framed as: You are in charge now, mwah ha ha!

It felt like a way to build in a bit more conflict between the designers and the homeowners, and that was a noticeable theme throughout: pushing the homeowners to be more forceful with their designers, rather than just be placid helpers. As the marathon of classic Trading Spaces reminded us, there was very little pushback from the homeowners on the early series. If there was resistance, it was gentle and almost apologetic.

That was a different time, though, and with so many disastrous reveals, it makes sense that participants may be more inclined to say no to absurdity this time around—not that they have much power, since everything the episode one homeowners resisted was done anyway.

The biggest conflict—though we aren’t talking drunk Challenge members punching each other here; by 2018 standards, this was very tame—was between Ty and Hildi. Ty didn’t think there was time to paint the ceiling and install the bed. “Are you doing this just to punish them?” he asked. “Have you ever compromised anything in your life?”

But even that wasn’t unlike the original series. The reunion reminded me of the time when Amy Wynn yelled at Hildi, who was joking around with the air hose for a nail gun, “Are you fucking insane?”

In a major twist, it wasn’t Hildi stapling crap to a wall, it was Doug with burlap in the bedroom. That was actually a callback to his very first episode. (Doug told me a surprising story about that first episode—and how the casting of the homeowner led to his on-screen persona.)

Hildi, with her overhead projector and desire to create a space where the homeowner “does her computer,” may have spent the past decade in a cryogenic freeze. But while the homeowners resisted her desire to paint a geometric pattern on the ceiling in addition to two walls, the end result looked better than I expected.

High definition cameras, however, revealed what we may not have noticed in the earlier series: what a craptastic job they’d done actually painting the deconstructed penguin. The shapes were supposed to be triangles and quadrilaterals, but would have had straighter, cleaner edges if they’d used a mountain bike tire to paint them.

Of course, Hildi did use bikes to paint a piece of art for the underside of the murphy bed, which was almost as comical as her falling over her bike while trying to paint it. (TLC turned that into a GIF.)

She had help from Ty Pennington, because he and Carter Oosterhouse were back for this very first season nine episode as carpenters, before they transition to designing in next week’s episode.

Other notable changes and moments from the premiere:

The reveals went well—though one couple seemed to be hiding their displeasure pretty well, with Paige even calling them out and asking if they actually liked it.

Neither room was anywhere close to the extremes of the earlier series—the batshit crazy, destructive rooms or the gorgeous, how-did-they-do-that-for-$1,000 rooms. They might not even be that memorable.

They were clearly Trading Spaces rooms, created over an hour of television that felt just like itself. Welcome back, friend. 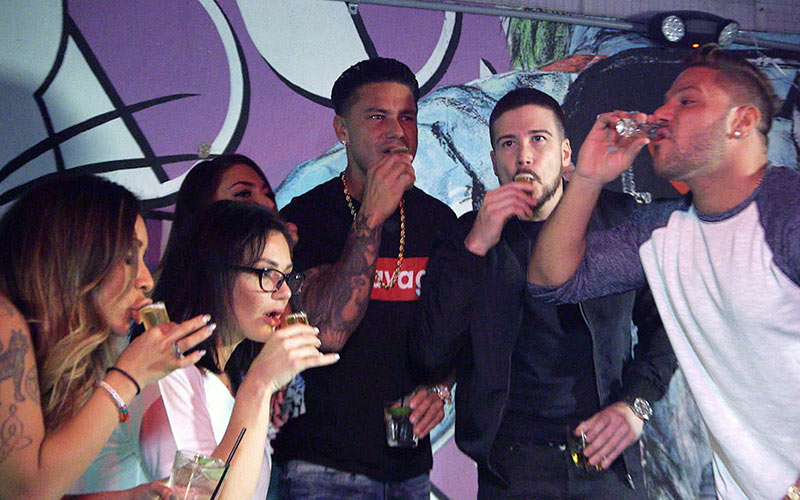 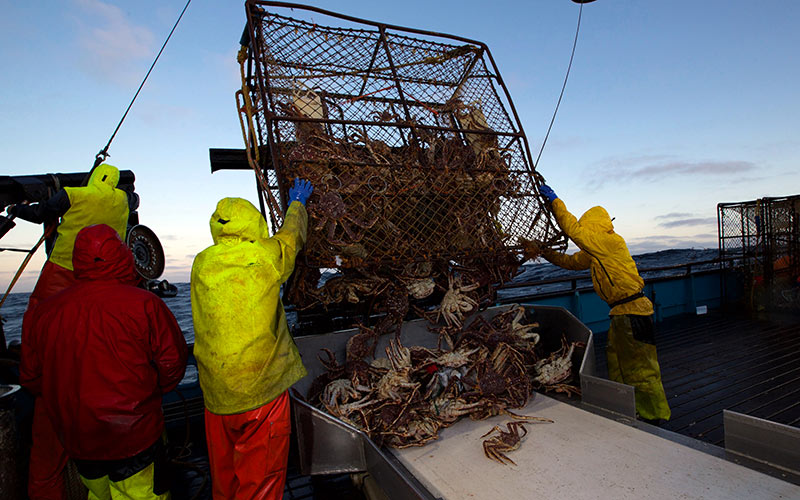