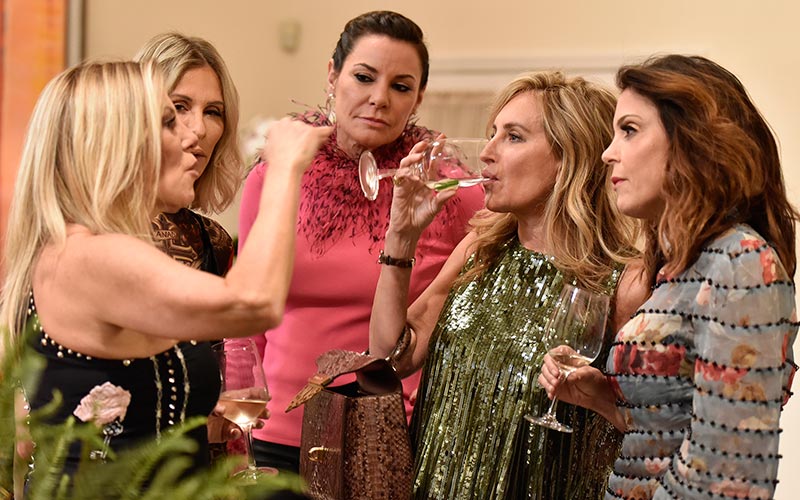 This week marks the return of two wildly popular, previously concluded reality series: Trading Spaces and Jersey Shore. Although they mostly aired in different decades, they each earned massive ratings for their networks and each affected the trajectory of reality television at the time.

But it’s a different time now: Will the shows still work? Or will they feel dated? (I’ll have reviews of each later in the week.)

Two days later, Trading Spaces will be bringing back most of its original cast (TLC, Saturdays at 9) and host Paige Davis for the revival, which has increased the designers’ budget to $2,000 per room but otherwise retained the same format.

Also back this week: The Real Housewives of New York City (Bravo, Wednesdays at 9), for their 10th season of joyous ridiculousness, and hopefully lots of vacations.

The Alton Brown-hosted competition Iron Chef Gauntlet is back to find another Iron Chef (Food Network, Wednesdays at 9). In its first season, it turned out to be a great Food Network competition, so I’m looking forward to more.

And 13 other series are also making their returns or debuts this week. For descriptions of what any of these shows are about, see the full spring reality TV guide:

Finally, ending this week is Fixer Upper (HGTV, Tuesday at 9), which is ending forever, and the current season of Project Runway All Stars (Lifetime, Thursday at 9), which maybe should end forever but will probably be back anyway.

The Staircase revisited and two other specials