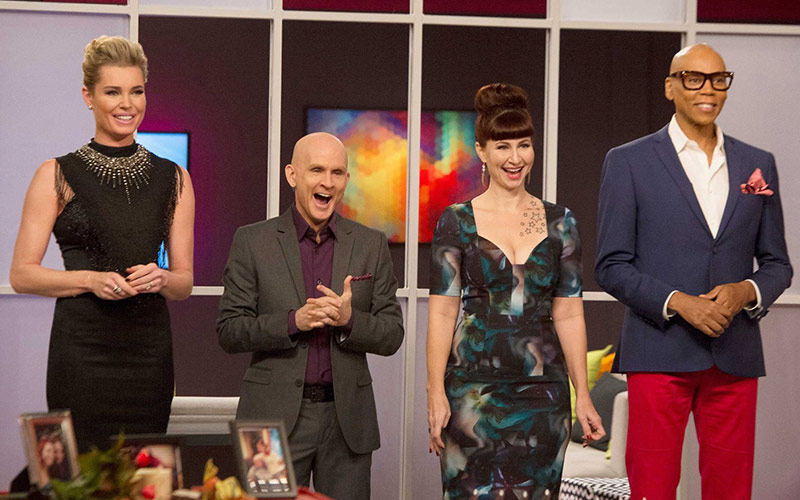 Two of the last remaining talent competitions on cable, Skin Wars and Face Off, have each been missing from television for a while, but Face Off is coming back.

Face Off aired two seasons last year, just like in prior years. But it’s now been off the air for eight months, since late August of 2017.

However, it is definitely returning: Syfy’s web site says the show “returns later this year.” I’ve confirmed that is accurate, and also that a premiere date should be announced soon.

Meanwhile, the body painting competition series Skin Wars has effectively been cancelled by GSN, so there will not be a season four. This may not be a surprise, considering the last season aired two years ago.

Hosted by Rebecca Romijn and judged by RuPaul, the show aired three seasons, with the third season concluding in the summer of 2016. It also aired a spin-off, Skin Wars: Fresh Paint, that was hosted by RuPaul and also aired in 2016.

In 2017, GSN didn’t air any original reality competitions, though it debuted three new game shows, Winsanity, Emogenius, and Divided. In March, it announced that it renewed Winsanity and Divided for new seasons, but didn’t mention Skin Wars or other reality competitions the network aired in the past, which also appear to have been cancelled:

Last September, GSN programming executive Amy Introcaso-Davis left GSN to run unscripted and programming development at E! At GSN, she was responsible for Skin Wars and other GSN originals such as The Chase. (I interviewed Introcaso-Davis about Skin Wars and GSN’s other programs.) She’d previously worked at Bravo, developing shows from Queer Eye to The Real Housewives.