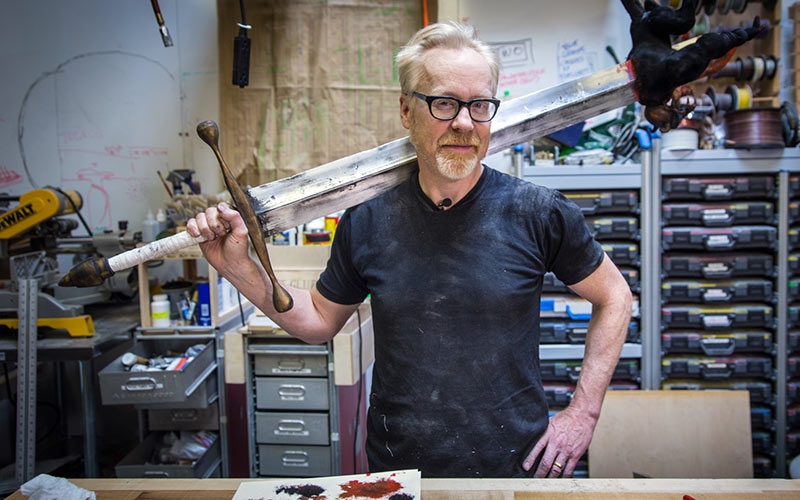 Original Mythbuster Adam Savage is returning to host a brand-new series, Mythbusters, Jr., which will air on Science Channel at the end of this year.

The show “will give six of the nation’s most talented kids a chance to show off their amazing ingenuity and STEAM (Science, Technology, Engineering, Arts, and Math) skills,” according to a press release,” as they “will tackle myths similar to those seen in MythBusters, ranging from driving, explosions, chemistry, physics, popular culture and more.”

In the press release, Adam Savage said, “I’m so excited to be returning to Discovery to work with these kids on a new incarnation of the show I love so much. To be able to confront them with great questions and the resources to answer them is such a dream. Helping to inspire future scientists and engineers is a mission I share with Discovery.”

The show will be produced by Beyond Productions, which also produces Mythbusters and last year’s Mythbusters: The Search, a competition I really enjoyed.

From the limited information in the press release, it sounds like this new series might be similar to Mythbusters: The Search, just without the competition and elimination format. The show will emphasize experimentation and learning, judging by something Discovery executive Nancy Daniels said. She says that Savage will “mentor a remarkable group of kid geniuses.”