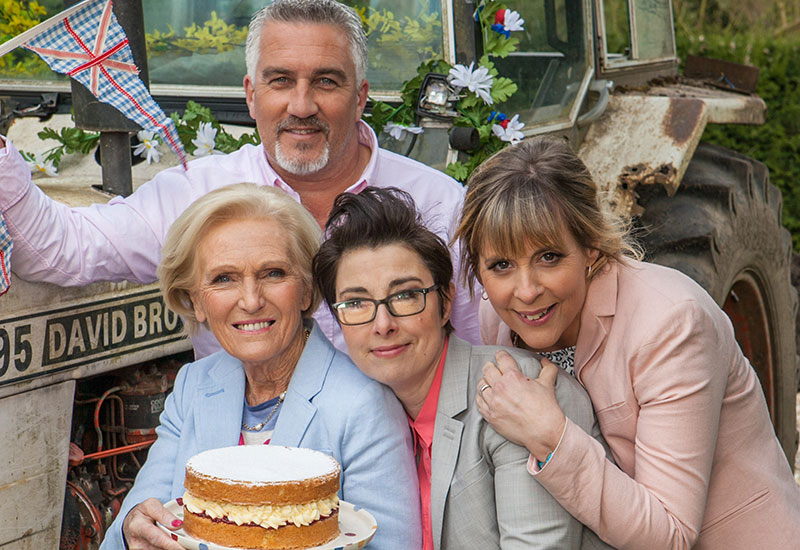 The Great British Baking Show is back on PBS this summer, and has a debut date of June 22. It will air Fridays at 9 through Aug. 17.

This will be season five of the show for PBS, but which UK season is it? I asked PBS, and learned that it’s season three, which first aired in 2012. That means it features the original cast: Judges Mary Berry and Paul Hollywood, and hosts Mel Giedroyc and Sue Perkins.

PBS says the season includes 12 contestants and a total of 30 baking challenges.

This is the second of two seasons PBS said it had committed to airing, so the future beyond this isn’t clear.

The former Chopped judge’s new series is called No Passport Required, and it starts July 10 and airs Tuesdays at 9. PBS says that, during the six episodes, Marcus “visits under-explored parts of American cities to showcase the people, places and unique flavors of immigrant communities.”