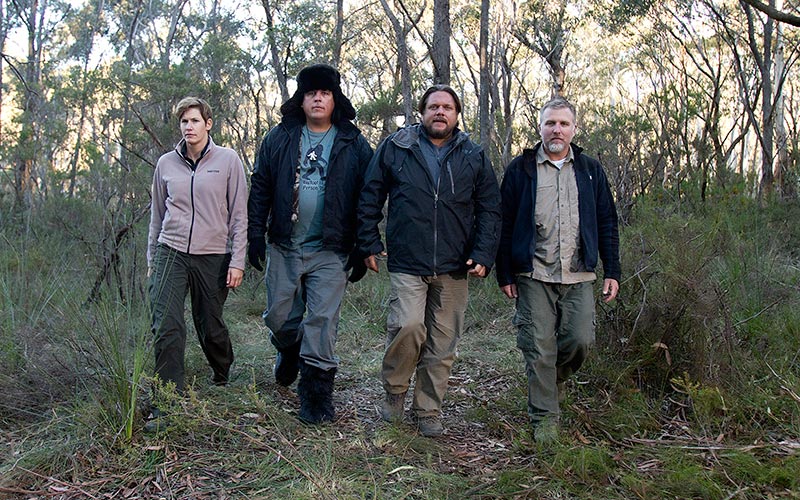 Animal Planet’s reality series Finding Bigfoot will conclude with its 100th episode, and it seems the show will end without the team actually finding Bigfoot.

The series finale—a two-hour special that will also be the start of Animal Planet’s “Monster Week”—airs May 27, 2018, at 8 p.m.

In a press release, Animal Planet describes the finale and special like this:

“The two-hour special features ourintrepid cast of investigators—Bigfoot Field Research Organization (BFRO) president Matt Moneymaker, researchers James “Bobo” Fay and Cliff Barackman and skeptical scientist Ranae Holland—as they travel to the 50thanniversary celebration of the Patterson Gimlin film, often referred to as the holy grail of Bigfoot footage and the most famous piece of evidence ever recorded. Cutting-edge technology brings forth all-new details of the creature captured on this film and leaves our investigators more convinced than ever about its autheticity. Then, go behind the scenes with the Finding Bigfoot investigators and crew to celebrate 100 episodes of Finding Bigfoot. With more than nine years and 100 episodes to look back on, it’s a fun-filled hour with never seen footage of the investigators and crew, in addition to the very best moments of Finding Bigfoot.”

Finding Bigfoot premiered in May of 2011, and aired 11 seasons, most recently in February of 2017, when season 11 concluded. (In other words, there will not be a Finding Bigfoot season 12.)

Although the premise may sound absurd, the show did a decent job of investigating the unknown—asking questions, talking to witnesses, and being skeptical (well, at least Ranae was).

It was a show that followed a team of likable people having fun while looking for answers, and it inspired kids and other people to go outside and explore.

Not a bad legacy for a goofy reality show, even if it never got close to its title.