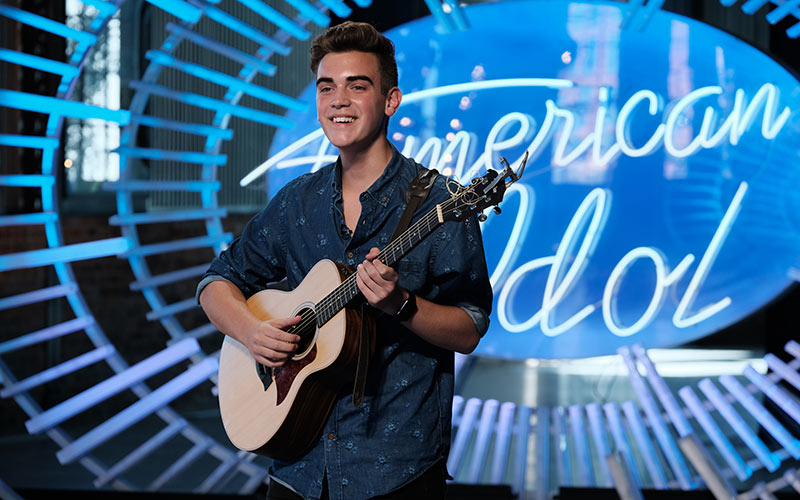 American Idol is back, and so, apparently, are the WGWGs. This is Andrew Weaver auditioning during episode one. (Photo by Guy D’Alema/ABC)

While one of the major network reality series starts its ending tonight—ABC’s The Bachelor has a three-hour finale (!) tonight followed by a live two-hour reunion on Tuesday, which all follows what feels like five weeks of hype for this finale—the big reality TV premiere takes place at the end of these seven days.

That’s the return of American Idol, less than two years after its cancellation. It’s on a new network, ABC, and has new judges, but Ryan Seacrest and the same basic format return (ABC, Sundays and Mondays at 8).

At the same time as Idol’s return, there will be three hours of obstacle course insanity on American Ninja Warrior: USA vs. The World (NBC, March 11 at 7).

On cable, two ridiculous old favorites return: Bar Rescue, which has survived the change of its network’s name and identity (Paramount, March 11, Sundays at 10) and Marriage Boot Camp: Reality Stars Family Edition (WE tv, March 9, Fridays at 9), which expands its cast to include families instead of just couples.

But those are just the start. Here are 14 other reality shows debuting on cable this week, with descriptions from their respective networks’ press releases: