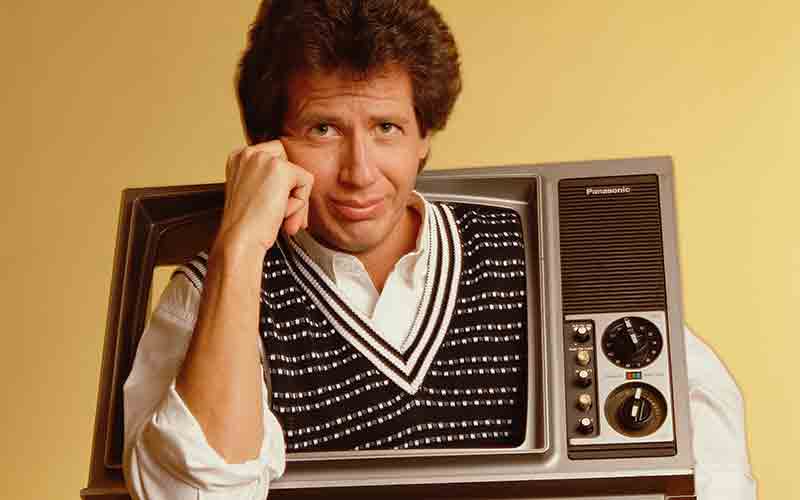 Garry Shandling, whose life is explored in a two-part documentary by his friend Judd Apatow (Photo by Bonnie Schiffman/HBO)

Happy Monday morning. Did you know there’s a store with reality blurred things you can buy?

It’s understandable if you didn’t: I made some things late last year after a few of you asked if there was reality blurred merch available, but I just created the store page this weekend to make those links easier to find. I’m learning this Internet thing, one day at a time.

The store is just one of the ways you can help support this site, help it stay free for everyone, and move toward an ad-free future (my dream). Options range from becoming a patron to just clicking this link before you start your regular shopping on Amazon.

Thanks for any support, and thanks especially to all of you who already do these things! On with this week’s TV.

Premiering tonight is One Strange Rock (National Geographic, Mondays at 10), and it’s one of my favorite new shows of the year. It’s hosted by Will Smith but really is narrated by astronauts with incredible stories to tell.

I interviewed two of its producers and reviewed it, and while I hope you read that story, the show is more of an experience than something to read about.

Famous couple Teyana & Iman get their own show (VH1, Mondays at 9), while Gold Rush star Parker Schnabel gets season two of his series, Gold Rush: Parker’s Trail (Discovery, Fridays at 9).

Also this week is a show that is not what its title suggests: Bravo’s Your Husband Is Cheating On Us (April 1 at 9, then Fridays at 8) is not a series on which someone having an affair with a man confronts his wife. Instead, it’s about a play with that name, and follows the behind-the-scenes drama involved in producing the show.

Returning shows include The Real Housewives of Potomac (Bravo, April 1 at 10, then Sundays at 8) and Bering Sea Gold (Discovery, March 30, Fridays at 10).