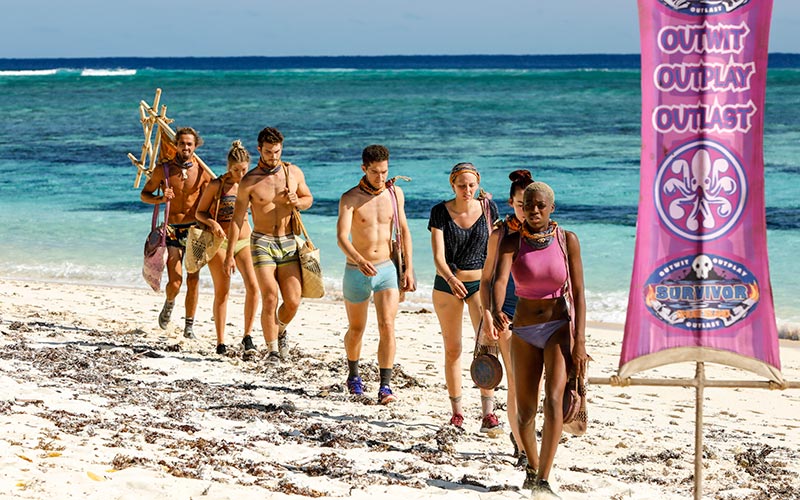 Whether it’s a merge or another swap (three five-person tribes?), it’s time for something, thanks to the results of the last swap which left tribes with dominant, pre-existing alliances and thus not much intrigue.

Still, the last swap destroyed the traction and momentum from the premiere so much that I’m nervous for there to be another just as I’m starting to find my way in this season.

Whatever the new start is, can it start by resetting or shutting down actual Ghost Island? I don’t love Survivor contestants being showered with advantages, but Ghost Island is tighter than an unregulated slot machine:

Ghost Island is more than a tease, it’s just empty inside. At the very least, the scarcity is making the twist feel more like Big Brother’s abandoned takeover twist, an idea that was in search of execution.

Perhaps production is saving all of the good advantages for later in the season when the game gets more intense. But right now it’s just a lame version of Exile Island.

Sadness, not strategy, on Survivor

There was some joy during this episode: A fun new reward challenge. Chris’ rap getting Survivor’s sound effect version of crickets. And Jeff Probst’s facial expression and “wow!” while Desiree was pulled underwater during the immunity challenge, which was so pure that it made me smile, which I didn’t think was still a thing my face could do.

Mostly, though, there was an outpouring of emotion and vulnerability that gave the episode a raw but melancholy feel, trying to squeeze out some emotion to fill in for a lack of anything else.

Stephanie and Michael were devastated at their position on a losing tribe. Stephanie’s Ghost Island hero edit focused on her being a mother instead of a fan, which she was before. Meanwhile, Michael worried that he’d be voted out of the game he’s been wanting to play for eight years now, ever since he was a 37-year-old.

Even winning reward led to sadness, reminding Donathan of his real-world life and loves and responsibilities (his mother and grandmother, who he cares for), which prompted Chris to share with Donathan about his own mother, who’s in assisted living.

These extended character development segments not only felt forced, but also focused on individuals focused on people who’ve already gotten enough attention for me to know their actual names (I would fail a quiz asking me to identify this season’s cast, and keep having to look people up).

And it keeps giving certain people attention and setting up possibilities on the purple tribe—Donathan bonds with Chris and Laurel, who wants to blindside Chris—and then dropping them. Perhaps there will be payoff, though with a tribe swap/shuffle/early merge/surprise ahead, those threads may be lost.

Meanwhile, since the orange tribe was just voting off one of the three people in the small alliance, as Probst told them they were going to do at the end of the immunity challenge, there was little scrambling, just misdirection to make us think that Stephanie was maybe not going to be the one targeted.

Desiree searching Stephanie’s bag for an advantage that she might have won on Ghost Island was the most dramatic moment, and it turned up nothing, kind of like all the discussion.

Everyone, including her fellow alliance members, voted for Stephanie, so this was not a last-minute decision. Tribal felt that way: a lot of talking, no movement.

I’ve clearly gotten spoiled from more active Tribal Councils over the years; how many seasons did we sit through with dominant alliances picking off smaller ones and everyone just talking around the inevitable at Tribal Council? Still, Ghost Island feels like it’s missing something, even compared to other middling early starts to so-so Survivor seasons.