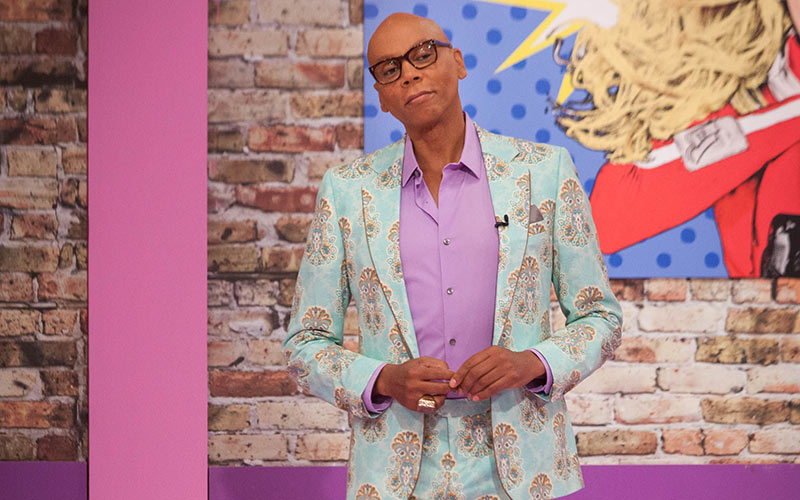 RuPaul in the workroom during episode 6 of RuPaul's Drag Race All Stars. (Photo by VH1)

RuPaul’s Drag Race can really pull off a spectacular production number, and there is abundant talent on this show that is an absolute joy to watch. But oh, how Drag Race continually demonstrates how it’s a game of twists that’s on par with Big Brother for fairness, coherence, and potential for producer manipulation.

With RuPaul choosing the winners, Drag Race has never been a 100 percent meritocracy, but these game elements seem to keep getting in the way of rewarding success.

Nick, my husband and our household’s indefatigable Drag Race fan, who watches each episode four or five hundred thousand times—pointed out that all three All Stars winners have now won under wildly different criteria. This season’s challenges also had less variety, and thus weren’t as well-rounded a group of tests to find an ambassador for the show and drag.

Also, the Drag Race queens weren’t told what game they’re playing, which turned out to be much more of a social game than ever before, and what kind of game is that if the rules aren’t well-defined? What kind of talent competition is it? I mean, besides Big Brother.

Despite adding the winner-votes-someone-out twist for the last all-stars, Drag Race still isn’t a game like Survivor—and even Survivor contestants know that they’ll ultimately have to convince a jury of possibly irrational, probably bitter eliminated contestants that they deserve to win.

I think of Drag Race more like Project Runway, a show that has earned credibility and respect because it’s ultimately focused on the work. Sure, it throws obstacles into the creative process, but it still keeps artists’ work front and center. You might disagree with the judges about their decision, or value something more or less than they do, but it’s still about the talent that’s on display on a runway.

Drag Race All Stars too often kicks the work to the side as a criteria and replaces it with silliness and sometimes just frustrating nonsense.

The finale did have a high point, for the episode and one of All Star 3’s best challenges: a live, single-take production number featuring all four queens, who’d written their own lyrics for part of RuPaul’s “Kitty Girl.” It was a wonderful, let’s-watch-that-again performance, and we did.

But then the finale introduced yet another twist—turning the eliminated queens into a jury and giving them the power to narrow the final four to the final two.

Why kick the decision to the cast? So fans will blame them for the final two and/or winner?

Ben DeLaCreme’s self-elimination two episodes ago let some air out of my interest in the season—she’d dominated so many of the challenges, and the decision felt so out of nowhere, even if she was fatigued—but watching “Kitty Girl” confirmed that the final four all demonstrated, in various ways, talent worthy of the crown. (I also think Milk’s finale sweater could have won.)

The actual winner, Trixie Mattel, is a worthy winner and, for me, because she’s a reflection of what the show can do—or more correctly, what talented and determined people can do with their exposure from the show.

But yes, Shangela should have at least been in the final two.

Giving the eliminated queens all the power deflated this season yet again, and this season—and, as a result, RuPaul’s Drag Race as a credible competition itself—has been deflated and re-blown so many times it now has stretch marks, and might just explode. Or perhaps that’s what happened tonight, judging by some fans’ reactions.