Skip to Content
Johnathan Hillstrand, Time Bandit co-captain and Deadliest Catch star, up until his retirement at the end of season 13. (Photo by Discovery)

His boat isn’t one of those that will be featured on season 14—a remarkable change since the boat and its crew have been filmed for the show since its second season.

But Johnathan Hillstrand has been actively crab fishing this season, captaining the Time Bandit for the opilio crab season.

So what’s the reason for the discrepancy? Did the show make up his retirement as a storyline? Or did he come out of retirement?

Johnathan did plan to retire from fishing king and opilio crabs, but not from crab fishing entirely.

Instead, he was going to switch to a different fishery. But those plans fell through.

Sheryl, the person who runs Johnathan’s social media and periodically answers fans’ questions, posted this question and answer on Facebook:

3. Johnathan says he is retiring. Is he really, or is he just teasing us? Did Capt Johnthan totally retire, or is he going to go on occasional trips, just so he won’t have “fishing withdrawal”? Are you fishing another fishery, Johnathan?

Plans were made for Capt Johnathan “retire” from King Crab and Opilio Crab fishing, to start a brand new crab fishery this year. Unfortunately, paperwork and permits did not come through, so Capt Johnathan is back fishing Kings and Opilio crab this year.”

Why the boat isn’t on season 14 isn’t as clear.

Sheryl previously posted, “I will not discuss anything to do with Deadliest Catch in Season 14. Time Bandit isn’t on the show, that’s all I am willing to say.”

Another boat dropped from Deadliest Catch

The show has dropped a popular boat before. 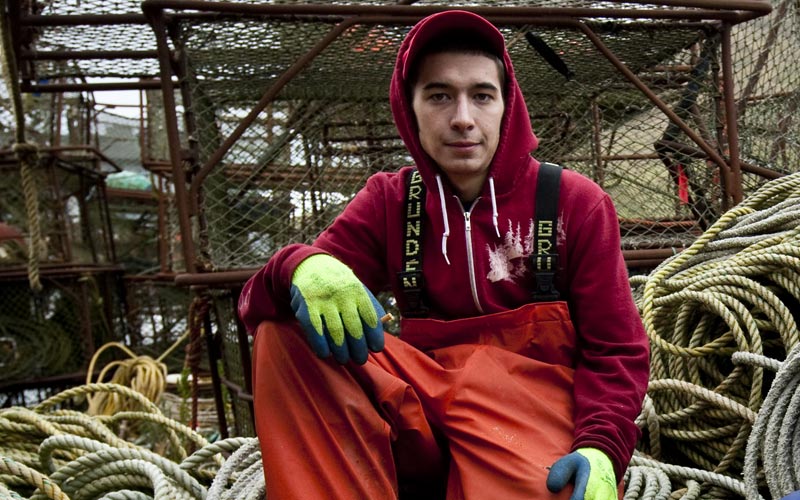 When the Cornelia Marie was dropped from season 13, though, that wasn’t because its captain effectively had a storyline wrapped up and concluded, as Johnathan did last season.

Josh Harris said, “This was not a dispute over money. This was simply a decision made by production at Discovery.”

And the Cornelia Marie returned for season 14.

“After several lean seasons, the Alaskan crab fleet are back to claim their part of a massive $120-million-dollar bounty. With the lucrative Bairdi fishery opening back up, adding millions of pounds to the pot, there is a renewed sense of optimism. Big money is on the line, the fishing is more competitive than ever and the captains are going to battle to catch as much of the high-value crab as they can. But as always, the biggest battle they face is against a turbulent Bering Sea in the stormy dead of winter.

Before setting sail, the captains will pay tribute and honor their friends and fellow fishermen of the F/V Destination. Last year, the vessel was lost at sea – making a huge impact on this tight-knit community of fisherman and the industry.

After taking last year off, boat owner Josh Harris is back once again to co-captain the Cornelia Marie with Casey McManus. This year, they have 120,000 pounds of King Crab to catch and will need to search for crab fast. But after a year away, does Josh still have what it takes to command a vessel on the Bering Sea?

On the 107-foot Saga, Jake Anderson has completely rebuilt the boat with $750,000 worth of updates, and will begin his season floating on an ocean of debt. This year, Jake’s goal is to make a name for himself on the crab grounds, paying off the mountain of debt, and to do it all independent of mentor and father-figure, Sig Hansen.

Meanwhile, on the legendary Northwestern, Captain Sig Hansen is sick and tired of people telling him how he should live after his near-fatal heart attack. He feels strong and he’s ready to do what he does best. But this year, its every man for himself. The seasoned skipper and crew, led by brother Edgar, plan to dominate the seas on their own – fleet be damned.

Captain Wild Bill is back with his new boat, the Summer Bay, and faces one problem after another as he struggles to make a profit. He loses a huge chunk of crab quota to a competing captain, and battles one of the worst engine failures of his career. But all of that is quickly put into perspective when a deckhand falls overboard in a violent storm.

Captain Sean Dwyer of the Brenna A has every other crabber in his sights this season. With a back-door business deal, he buys up a piece of Wild Bill’s quota out from under him, almost doubling his potential payout for the year. But mother nature knocks him down a peg when the young captain is bashed with one of the biggest waves he’s ever seen, costing him over $30,000 in damages.

And finally, Captain Keith Colburn of the Wizard has his sights set on being the top producer this season, and his goal to out maneuver and out fish rival Sig Hansen. He is no stranger to high risk and high reward, but as the season wears on, a problem develops that could put Keith’s season – and life – in jeopardy.

Forty-foot waves, hurricane force winds, heavy-machinery and massive icebergs are just a few reasons that no season is ever the same. Making matters even worse, the sea is terrifyingly heightened by this year’s super moon, a tsunami and some of the worst winter storms on record. And once again, the crew will have their work cut out for them like never before.”