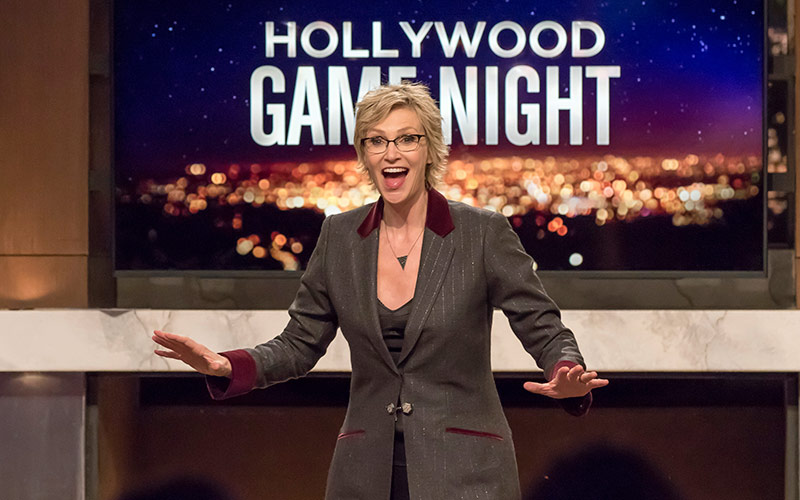 NBC has ordered a sixth season of Hollywood Game Night, the game show with sometimes drunk celebrities/NBCU stars competing in silly and fun games. Jane Lynch is returning as host, of course.

There’s no debut date yet, nor any official word of when it might air, though THR says “later this year.”

Season five ended last September, and NBC said today that the show’s ratings were significantly better than the previous year, increasing its total viewers 50 percent (to 4.7 million) and younger viewers 18 to 49 by 38 percent (to a 1.1 rating).

Jane Lynch tweeted to executive producer Todd Millner that hosting the show is the “Best job EVER.”

Millner’s producing partner, Sean Hayes, hosted game nights in Hollywood that inspired the creation of the show, and Millner tweeted, “Even after it started in Sean’s living room and Jane Lynch stole my job, I’m still thrilled to do it again!”