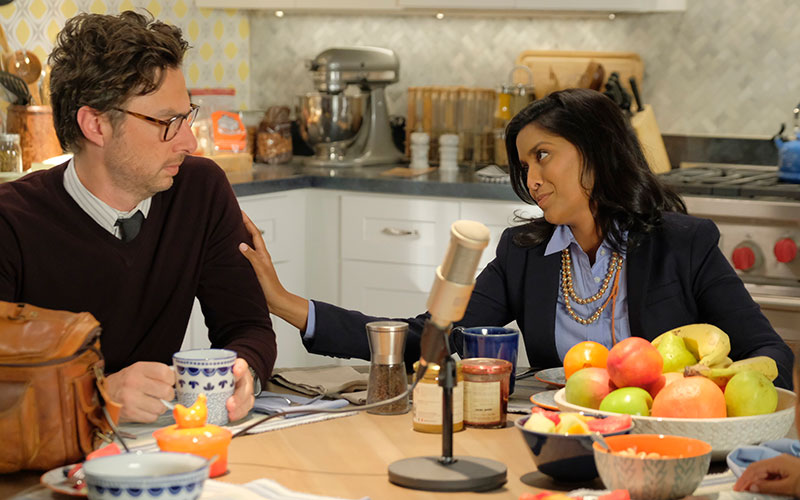 ABC’s sitcom Alex Inc. (Wednesdays at 8:30) may be familiar to podcast listeners, because it’s based on a successful and fascinating podcast: Startup, which was Gimlet Media founder Alex Blumberg’s documentation of his attempt to start a podcast company.

But the show is ultimately not telling the same story as the podcast did.

At the Television Critics Association press tour in January, I asked executive producer Matt Tarses how much of season one would be based on Startup, and the disappointing but unsurprising answer is that the scripted show just uses real life as the roughest of starting points.

“We loved the podcast and we loved the idea of it, but the show is really it and we sort of used a little bit of the podcast in the first episode,” he said. “But from there, we sort of went our own way and tried to imagine what it would be like to have a family. Because StartUp, the podcast, is not so much about the family element of it, and we really were I was really drawn to the family element of it, and so we went a little more in that direction.”

In other words, they’ve turned it into another ABC family-focused sitcom. Reviews have called it “tepidly boring” and “determinedly old-fashioned.”

If you haven’t listened to season one of Startup, I highly recommend it. It’s a compelling behind-the-scenes look at starting a business, with the kind of real-life drama that’s missing from too much reality TV.

Gimlet Media has had years of success since then, including selling the rights to its first podcast to Hollywood, but as you’ll hear, that was far from certain when Alex Blumberg had the terrific idea to start taping his own life.