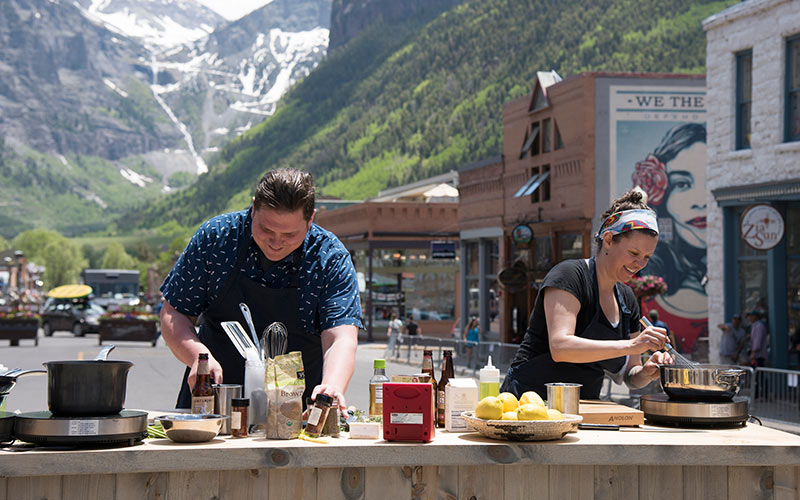 “We all are at the top,” Kennedy said during last night’s RuPaul’s Drag Race All Stars.

But: are they? Sure, Kennedy is, BenDeLaCreme is. The others are capable of being at the top, but haven’t quite shown it, at least not consistently.

Last night’s Drag Race was the kind of episode that makes me worry about an entire season of 90-minute episodes plus Untucked next season. What would the editors have done to stretch last night’s episode into 90 minutes? A half-hour of Shangela’s Game of Thrones metaphors?

In contrast to the incredibly entertaining Bachelor challenge and episode, there wasn’t much there, save for the minor drama of Aja helping BeBe and then BeBe cutting Aja. The soup can and diso-inspired runways were meh, like the challenge itself, which felt like a throwaway repeat rather than something to truly push the all-stars.

And how do you have Tituss Burgess as a guest judge and then limit his ability to quip because both runways have voice overs from the queens?

The last Drag Race All Stars was on fire; this was one is lukewarm.

Top Chef Colorado, my other must-watch Thursday night competition, is similarly underdelivering, both in terms of challenges and performance.

I’ve yet to watch last night’s testicle-cooking challenge, but last week, Top Chef began its long road to the finale by heading to Teluride and bringing back someone from Last Chance Kitchen. Joe Flamm became the third eliminated person to return this season.

I was a tiny bit disappointed that, for a season set in Colorado, an episode titled “Cooking High” was about altitude and not marijuana, and I say that as someone who doesn’t care about pot and wouldn’t recognize it if you put it in front of me and said, This is marijuana.

Altitude did provide a challenge, a stunning backdrop, and some exceptional cooking, which was a nice shift from two weeks ago, when Tom Collichio basically told the chefs they were producing amateur garbage and to step it up. He seemed aware of what it was like to watch this season: okay, but unimpressive.

The chefs did step up, and they’re mostly a likable group, mostly (ahem Mustache Joe). And Top Chef’s production design has never been stronger, with Colorado’s scenery giving a big assist.

Yet this season, like Drag Race All Stars, has still felt more empty than usual, and not quite up to the show’s standards or to the standards we know the contestants are capable of. Hopefully, as each show finishes out its season over the next few weeks, they’ll ramp up than slide down.